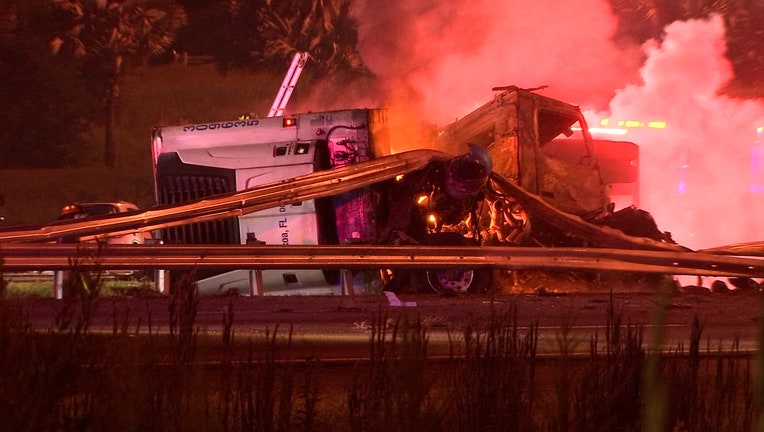 Smoke rises from tractor-trailer following crash on I-4 near Polk Parkway.

One westbound lane of Interstate 4 near Polk Parkway remains closed at this time. The crash occurred around 3:30 a.m.

According to the Polk County Sheriff's Office, two vehicles were involved and two people were taken to a hospital. One patient has serious injuries.

The view from Florida’s traffic cameras during the rush hour showed traffic was at a standstill. The collision involved a semi-truck, which caught fire.

Officials said it also led to a diesel fuel spill.