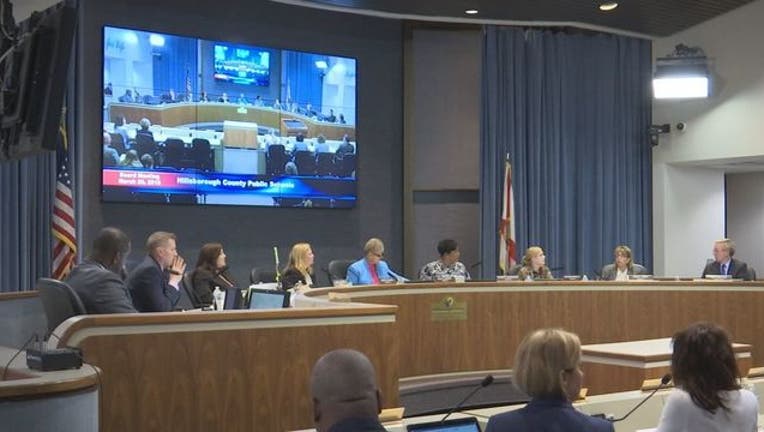 TAMPA (FOX 13) - The fight over Hillsborough County teachers raises has waged on for nearly the entire school year, finally leading to a impasse hearing with a third party.

Over the course of the 2017-18 school year, talks between the two sides - the school district and its teacher’s union - have stalled, the two sides have dug in their heels, and an impasse was declared. Now, the two sides will sit down with special magistrate Mark Lurie Monday morning at an impasse hearing.

The unrest began last fall when the union accused the district of reneging on an agreement negotiated back in 2013. Union officials say the agreement was to give Hillsborough County teachers a $4,000 raise after their third year of service. The district says, according to the agreement, the raises would be granted if the money was there for it. Last year, the district announced it didn't have the funds.

Months of protests ensued. Teachers rallied on the doorstep of the district headquarters. Students showed support for their teachers by walking out of school, a tactic the teachers aren’t legally allowed to employ.

The union eventually declared an impasse after rejecting an offer from the district of a one-time bonus package of $1.8 million. According to the union, that amount would’ve only amounted to $92 per employee after taxes.

Unable to strike or plan their own walkouts, like in West Virginia or Oklahoma -- it's against the Florida state law -- union reps will have to sit back down with the district and make their case in front of a magistrate who will offer his recommendations.

Two hearings are scheduled for the week, the first begins at 9 a.m. Monday at the district’s downtown Tampa headquarters. A second meeting is slated for Wednesday.