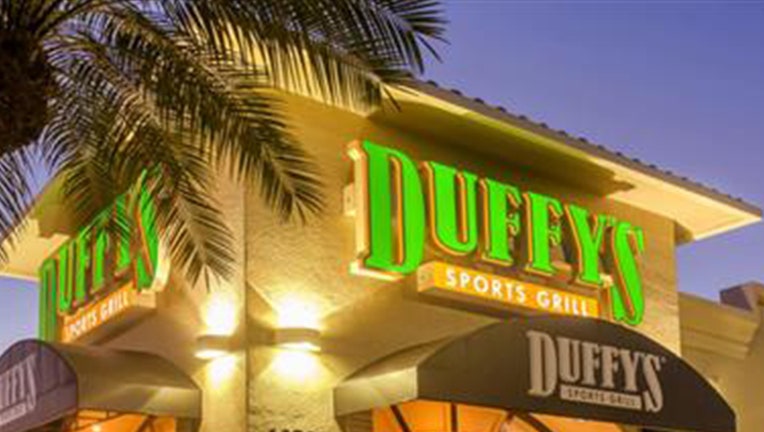 TAMPA, Fla. - Tampa firefighters said a mulch fire near the entrance of Duffy’s Sports Grill spread to part of the building, leading to $85,000 in damages.

Around 10:11 p.m. Monday, Tampa Fire Rescue received a report of the mulch fire at the restaurant, located at 1580 North Dale Mabry Highway. During the investigation, fire crews said they learned the fire occurred where a cigarette receptacle is located.

Then, the fire spread to the building and inside wall causing moderate damage to the façade around the entrance with minor smoke and water damage in the rest of the building. The fire was under control by 10:59 p.m., according to the fire department.

An investigator said the fire was caused by "improperly discarded smoking material."

There were no reported injuries. According to Duffy’s website, the Tampa location is "temporarily closed."

Duffy's is a Florida-based chain that first started in Lake Park back in 1985.