TAMPA, Fla. - There’s a fresh class of graduates joining the workforce in Florida, and dozens of them include nurses who hope to serve their communities and give a much-needed boost to a worker shortage.

Justin Lansford is among the first to ever graduate from the one-year accelerated nursing program at the University of South Florida.

"The front end of nursing school, it seems like this big behemoth that you’re going to have to get through, and it certainly does not come without its challenges," said Lansford.

He said his drive for nursing came late while he was still serving in the military.

"I was wounded in Afghanistan. I spent a lot of time in the hospital after that recovering from my wounds and slowly kind of picked up an interest in healthcare," said Lansford.

Now he’s on the hunt for a job after training through one of the worst moments in public health. 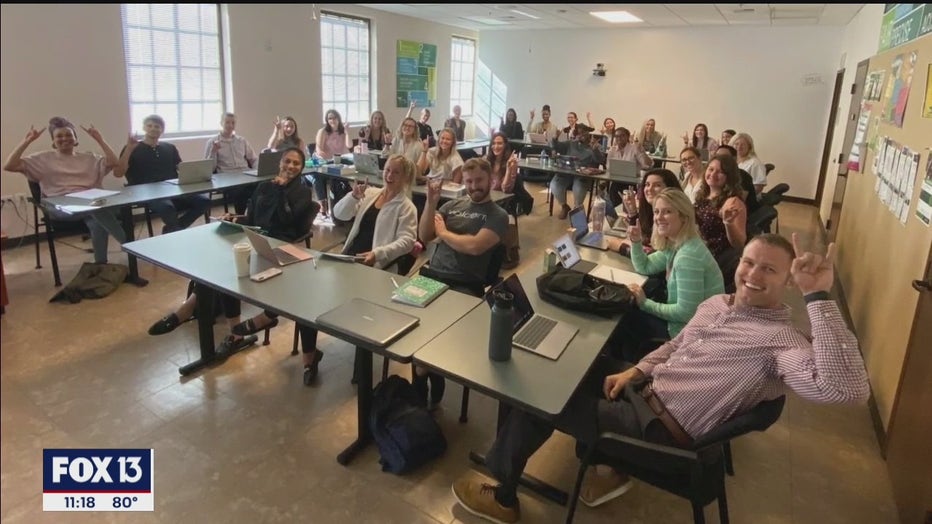 "Being able to actually shadow nurses and be a part of our area hospitals and being a part of what was going on especially during this pandemic was really eye-opening," he said.

Lansford joins a field that desperately needs nurses. There’s a nurse shortage in Florida and nationwide, and college professors hope the pandemic changes that.

"I think it has increased an interest in nursing. I think those who may have been on the fence have been thinking, ‘What profession do I want really want to pursue?’ have looked at nursing as a way to give back," said Usha Menon, the dean at USF’s College of Nursing.

Menon said the pandemic graduates are a pioneering group.

Universities like USF are focusing more on self-care to fight burnout with specific webinars and resources, and Lansford said he will keep those self-care lessons in mind as he cares for others.

"I’m no stranger to stressful work environments, and I’ve kind of learned that importance throughout my career," said Lansford. "I’m obviously going to carry those insights with me as I move forward."

Hospitals relied on nursing students during the height of the pandemic 30 nursing graduates finished the new program at USF’s Sarasota-Manatee campus. The university says they admitted 40 more new students this spring.

The pandemic highlighted how important nurses are, and students who were able to go in-person to hospitals got valuable training on the frontlines.