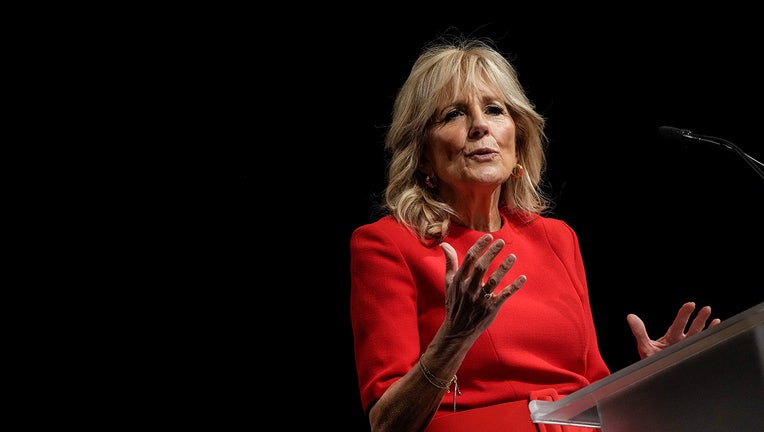 TAMPA, Fla. - Later this week, the first lady will touch down in Tampa.

Dr. Jill Biden will arrive to the area Thursday night. Then, on Friday, the first lady is set to tour the Moffitt Cancer Center.

This comes just weeks after President Joe Biden reignited the "Cancer Moonshot" initiative to reduce cancer's death rate. Moffitt is one of the leading cancer centers in America.

Biden first launched the Cancer Moonshot program in 2016 during the Obama administration to accelerate the rate of progress against cancer.

FOX News reports Biden is set to announce Wednesday that the program will be re-established with new White House leadership, including a Cancer Moonshot coordinator in the Executive Office of the President to "demonstrate the president and First Lady’s personal commitment to making progress and to leverage the whole-of-government approach and national response that the challenge of cancer demands."

Under the new initiative, the president is expected to announce new national goals, including cutting the age-adjusted death rate from cancer by at least 50% and working to improve "the experience of people and their families living with and surviving cancer."

"Taken together, these actions will drive us toward ending cancer as we know it today," the White House said.

The president and First Lady Jill Biden on Wednesday are also expected to issue a "call to action" on cancer screening and early detection, in an effort to ensure that Americans benefit from "the tools we have to prevent, detect and diagnose cancer."

The president lost his son, Beau Biden, to brain cancer in 2015.

After visiting Tampa, the first lady will head to the U.S. Coat Guard Air Station Miami in Opa-Locka.