PINELLAS PARK, Fla. - Dozens of first responders spent most of Monday morning searching for a man they thought had gotten stuck in a Pinellas Park manhole.

It all started when city workers opened a manhole cover to find a man down in the storm drain. The man asked the workers for a drink, and they gave him a Mountain Dew, but then, they lost contact with him.

They weren't sure if he was stuck or just walked out the end of the drain. 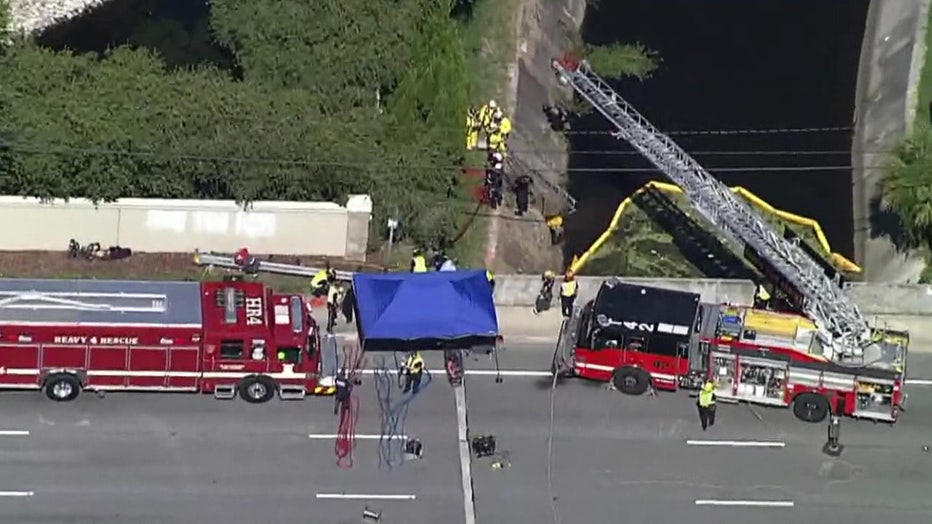 Crews sent in a drone and even cameras, but they never found the man who remains unidentified. Firefighters do believe the man walked out the other end on his own, but it was a huge disruption in the area.

Officials said 66th Street North was closed down for several hours. It was also a major strain on resources as several police, ambulance and fire rescue units rushed to the scene.