This time of year, lookout for storms while offshore

Every Friday morning, Captain Dylan Hubbard of Hubbard's Marina joins Good Day to fill viewers in on his fishing forecast as we head into the weekend. Here is his fishing report for June 25, 2021.

The situation inshore right now, at least around John’s Pass, has cleared up considerably. We are not even seeing spotty areas of adverse waters lately and we’re keeping our fingers and toes crossed, knocking on wood, and saying plenty of prayers it stays that way.

We have even been able to keep bait alive like normal again, but we’re just struggling to find copious amounts of pinfish in the areas we once saw plenty.

Snook action has really picked up with a cleaner, more consistent waters around the passes lately -- especially John’s Pass south we are seeing an incredible bite of snook through the night and into the early morning. When the water is moving during the day, they are feeding well closer to the bottom, but during the day, they are right up on the surface, around bridge lights and dock lights chasing baits. 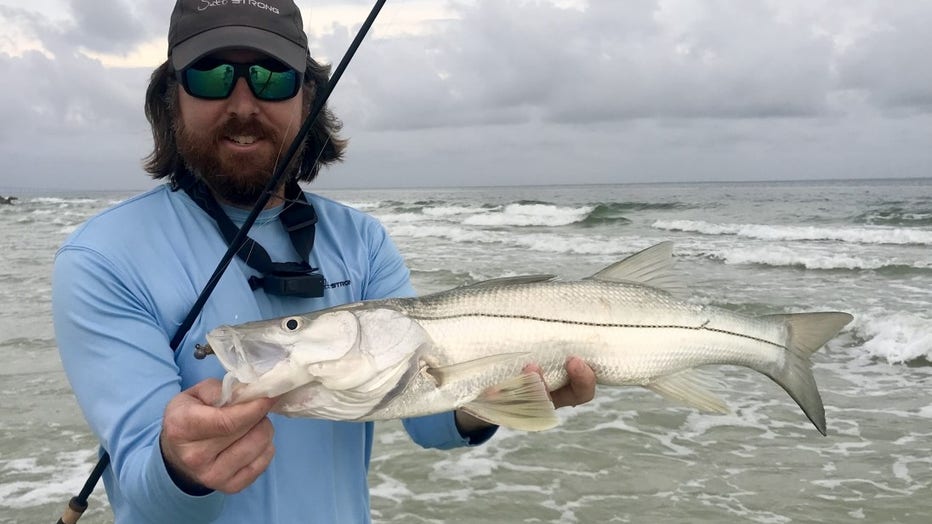 During the day, the beach snook fishing has been hot and around local bridges adjacent to the beaches are also holding active snook. Our friend Scott Sadorf, from Seminole, caught a monster snook fishing the beaches using 10lb braid, 20lb floro leader, and a small hook. After a heroic and mostly tiring 45-minute fight, Scott finally landed him beachside.

Live pigfish or shrimp is a great option for early morning beach snook hunting along those troughs running parallel with the beaches this time of year. Also, the back bay areas are holding active snook around the flats, oyster bars, mangrove islands, and shorelines too. At night, some dock lines adjacent to these areas that have good water flow and hold bait are still holding many actively feeding snook too.

Redfish have been steady this past week too around the passes and structures adjacent to the passes cruising the bottom looking for cut bait, live shrimp or smaller pinfish. We are also seeing plenty caught on those slower-moving soft plastics working the edges of these areas too. In the bay, redfish are hanging on the oyster bars, flats and working those mangrove shorelines at higher tides. Look for them at low tides in the potholes and cuts moving to the edges of the flat. It’s a great time of year for cut threadfin or pinfish, especially when fishing during the heat of the day as they get slower and more opportunistic when waters are warm, and the sun is high up in the sky. 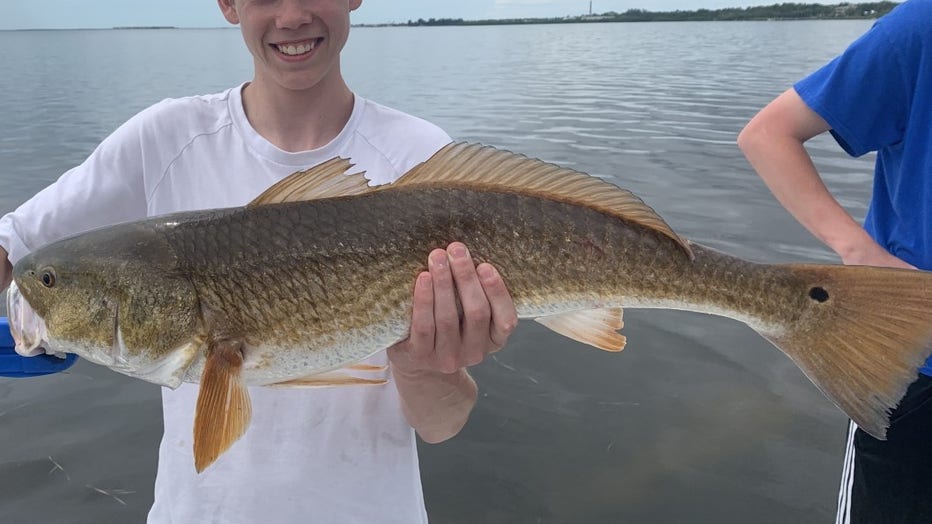 Tripletail action has picked up even more around the area. We are seeing these guys on the floating debris, markers, and around local bridges too. Look for them hanging out under virtually anything that will provide them a little cover to float along in the tide and relax until passing shrimp or greenbacks venture too close. 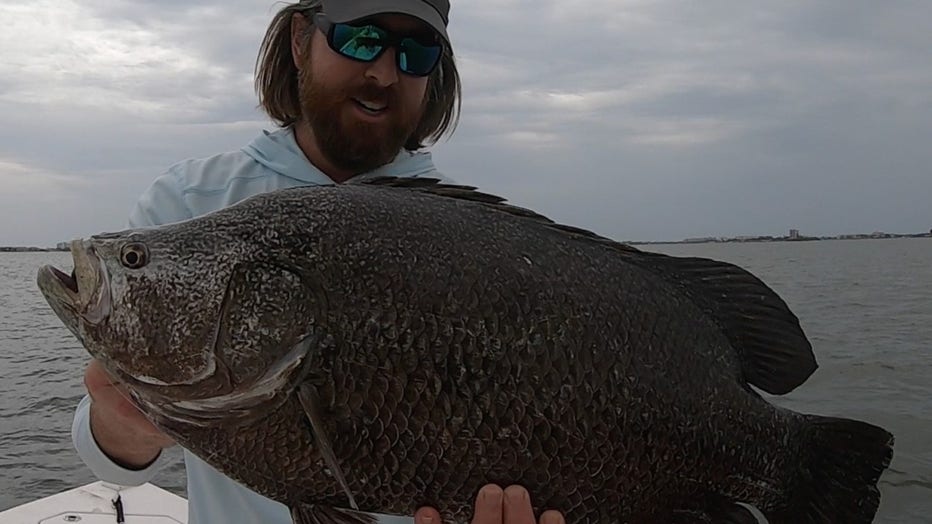 Trout action has been spread out but once you find them, they are concentrated together typically. We are seeing them move to a little deeper flats this time of year as waters continue to warm.

We are also seeing trout around the passes, docks, jetties, and any structures on their way to the beaches to cruise during the day. Local fishing piers in the early morning when the bait is thick is a great place to find the trout too. 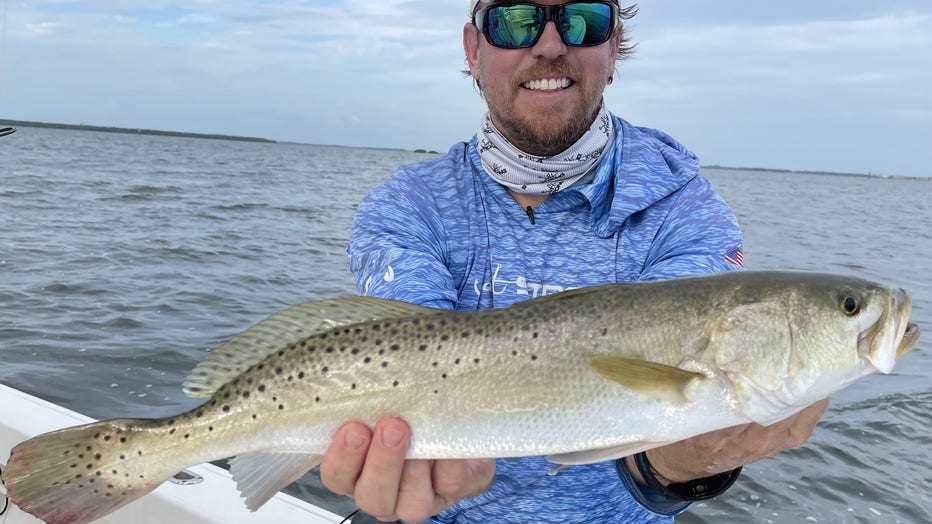 Mangrove snapper action has been going very well lately again. We are seeing plentiful mangrove snapper around virtually any structure of the area. They love to hug the structures and hunt for shrimp and other small fish.

A little chum and lighter tackle on the start of the tide will help you to get them feeding like piranhas until the tide starts moving to the point where you cannot feel the bite. The full moon has them moving around and getting more aggressive especially when the moon is up during the daytime period.

Tarpon are really active in the area right now and we're seeing more crabs flushing with this recent rain and the full moon. It should be a great weekend to go get them with the east wind bringing them back into the mouth of our bay and the local passes too.

Cobia are still being caught around the area from the upper bay to the beaches, You just never know when you might run into one of these great eating fish. They fight hard and they never give up until you land the fish. They have to be fairly larger to keep with a 33-inch minimum size limit, but free lining a tail hooked pinfish or even better, casting a long eel-like soft plastic with a weighted head or even a white bucktail upfront, works well to sight fish these passing fish on the flats or along with the passes or beaches.

It’s a great time to get out there near shore or offshore and enjoy this great bite of fish we are seeing!

The full moon may slow down the daytime bite a little bit over the weekend, but as it subsides, the daytime action typically will pick up. There is a little bit of weather to contend with but it’s looking much better in the second half of the coming week and into next weekend.

This time of year, it becomes even more important to watch the weather closely as unexpected storms are a part of everyday life this time of year offshore. Even when they are not on the radar upon departure and not forecasted until much later in the day, you just never know what the day will hold. It’s always a great idea to have one eye on the sky and an ear open on the radio, and it can’t hurt to have the weather radio service offshore too!

Near shore, we are seeing some steady lane snapper action with some scatter mangrove snapper and picky red grouper inside 100ft of water. The hogfish bite this past week was very tough and that likely had to do with the full moon inspiring them to once again move off the structures and spread out over the sandy bottom areas for their summertime spawn.

We are seeing most of the action offshore and are more focused due to the short red snapper season. We are fishing around 120-140 feet at the shallowest end of things for these red snapper and the cut dead bait is working best like the bonita strips. 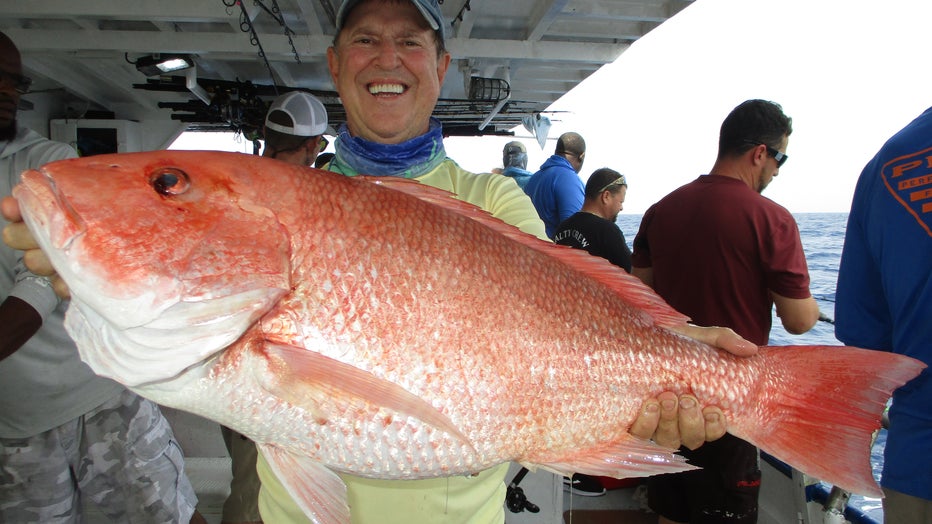 However, we are having the most successful and largest average-size red snapper trips fishing closer to around 160-250 feet of water. Look for those bigger shows coming up around the bait shows, ledges, rocks, peaks, and offshore structure for the red snapper feeding actively from the bottom as high up as nearly halfway to the surface in some cases.

Gag grouper fishing has continued to remain steady for us out in the deeper offshore waters beyond around 140 feet of water. They love those larger live baits we get near shore like the grey snapper or white grunts. They are even eating big dead baits like frozen octopus and the butterflied white grunts too. Some guys and gals are even doing our 5-hour half-day trips prior to the 39-hour trips to load up live wells full of 1-3lb baits before heading offshore to target the gag grouper! 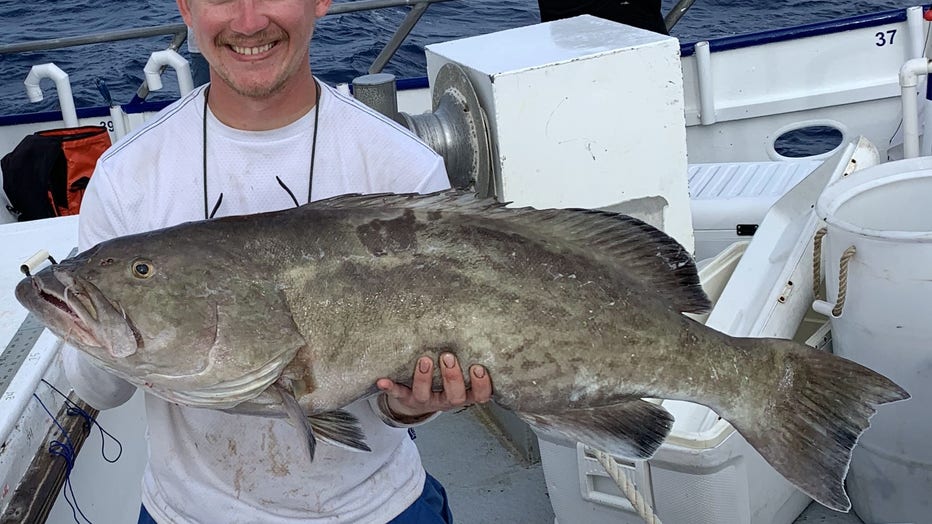 Pelagic action has been tough offshore lately with plentiful sargassum weed lines and spread-out pockets of this stuff making it nearly impossible to troll effectively offshore. We are seeing plenty of signs of life like the temp gradients, flying fish, and others. However, getting them to bite is a whole different ball game.