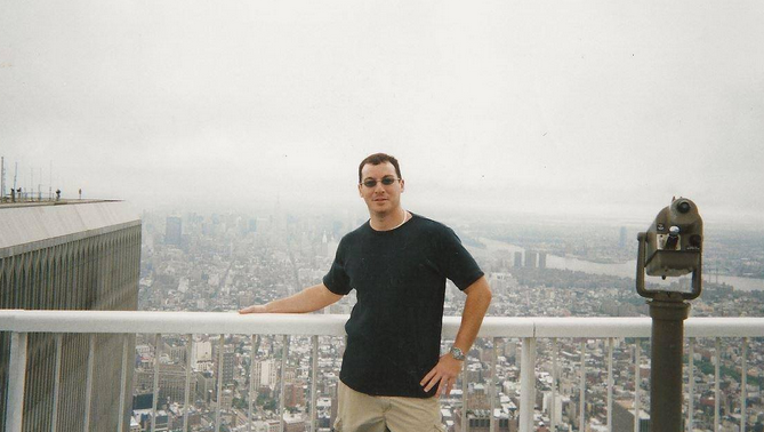 This time of year, a Florida man reflects on a New York City trip he took exactly 14 years ago.

“Every September 11th, I post this picture of me on the roof of the North Tower of the World Trade Center. I was there on September 10, 2001 at 9:30 a.m. touring. Nearly 24 hours saved my life,” said Palm Beach County, Florida resident Ryan Levy.

Fourteen years ago, on the morning of September 10th, Levy was given complimentary passes to visit the North Tower at the World Trade Center.  Levy was visiting New York City that weekend with his friend to attend the Jackson Reunion Tour at Madison Square Gardens.

The photo of  Levy standing atop the North Tower was the last picture taken on his friend’s camera that day. It was stamped at exactly 9:30 a.m.

“We debated for a few minutes which one of us wanted to take the last picture. I remember how high the towers were by looking over the edge,” said Levy.  “I remember there was a lucky penny machine that I put a quarter into and squeezed out a flat penny with a New York Yankees symbol on it and I put that into my pocket for luck!”

The next morning, the two woke up to prepare for their early morning flight back to Palm Beach. They turned on the TV and were shocked to learn what was taking place at the Twin Towers; the exact spot where they were just 24 hours before. 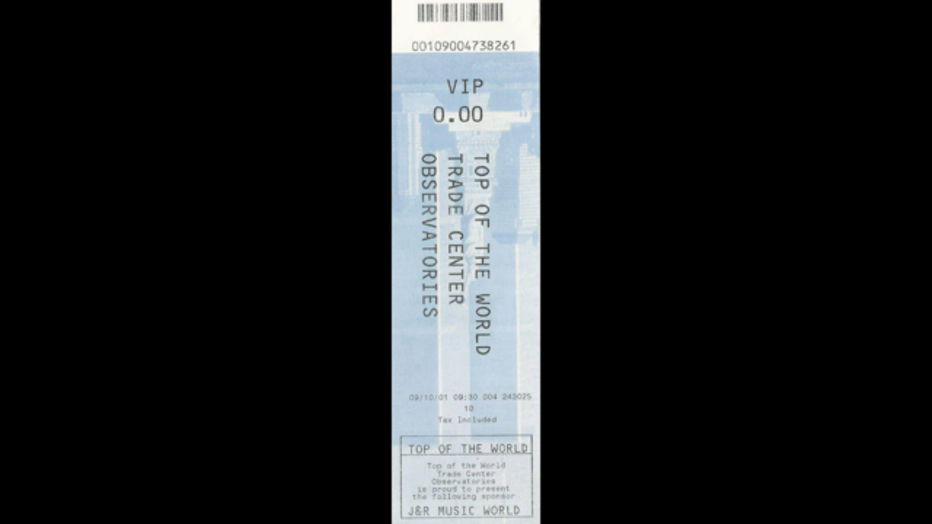 “My buddy and I grabbed a cab to try and get out of New York as soon as possible and while we were on the way to airport the cab driver stopped and turned to us to let us know we were stuck in the city and could go no further. Both of our cell phones were busy because the lines were jammed and my family was in a panic because they all knew we’d be flying out that morning.  They did not know if we were on a plane or not.”

Levy and his friend were stuck in the city for over five days.

“Every time we went to the airport to fly out of New York City, the flight would be cancelled due to another threat. There were no rental cars or trains to take. We had to take a 27-hour Greyhound bus ride back to Florida. It was our only option to get home to our loved ones.”

Levy said before they left they got as close as they could to Ground Zero to deliver socks and Gatorade to all the rescue crews.

“Everywhere you looked, the city was coated in white dust. Trucks and bulldozers would pass us by and everyone kept chanting 'U-S-A,'” Levy said. “Overall my experience was surreal, somber and patriotic. It still moves me to this day how only one day made a difference in my life.”