TALLAHASSEE, Fla. - Street takeovers to perform car stunts like doughnuts, drifting and burnouts would be illegal in Florida under a bill unanimously approved by a Senate committee Wednesday.

Street takeovers have become an almost nightly event in Miami and other Florida cities and have caused numerous injuries and deaths, said Democratic Sen. Jason Pizzo, the bill's sponsor.

Pizzo showed members of the state Senate Transportation Committee videos of cars doing doughnuts during a street takeover — tires screeching and smoking as drivers went in circles with passengers hanging out the windows and spectators trying to touch the cars.

The last scene showed a woman's head lying in the street.

"That's a mother of four who was decapitated," Pizzo said as one of the committee members gasped. "They were leaning outside the car, and these cars go astray."

Street takeovers often involve hundreds of spectators. Cars block access to an intersection, stopping traffic in all directions and making it harder for police to respond. It's become a widespread problem around the country, including cities in Texas and California. 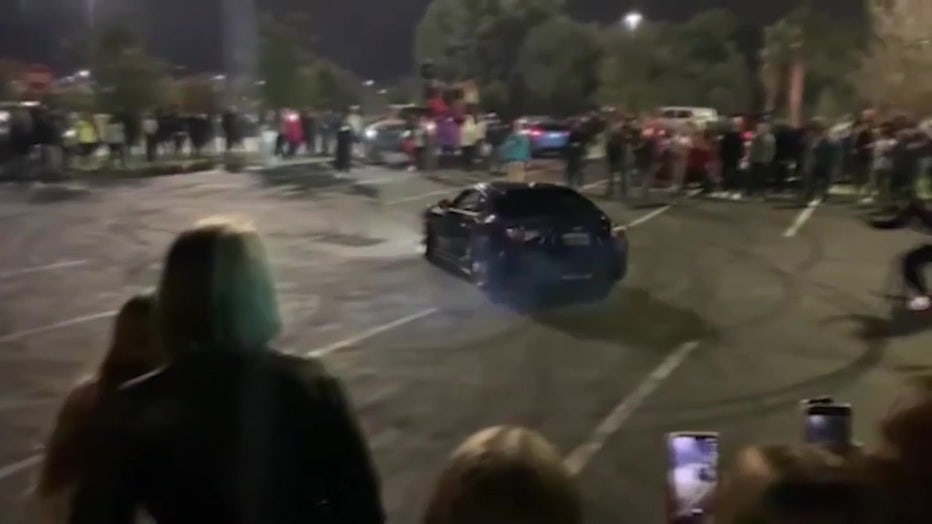 Pizzo's bill would make it a first-degree misdemeanor to participate in a street takeover as a driver, passenger or spectator if the spectator deliberately attended the event. Violators would face fines of between $500 and $1,000 and up to a year in jail.

With most misdemeanors, a law enforcement officer has to witness the infraction to make an arrest without a warrant, but the bill would allow arrests based on video or other evidence even if an officer doesn't see it firsthand, Pizzo said.

Takeovers are often planned on social media, with videos of the events later posted on websites like YouTube.

"It is something that in my district that is a huge problem," said Democratic Sen. Shevrin Jones, who represents Miami-Gardens. "If you ride down the street, you’ll see at the intersection there are tire marks in the middle of the street where kids play and also where neighbors walk. It's extremely dangerous."