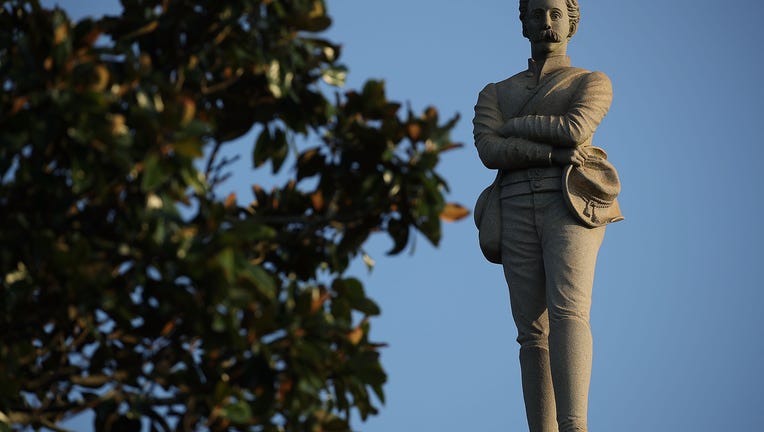 A Florida city began removing a 129-year-old confederate monument in a downtown park on Monday.

Contractors will have a another month to remove the obelisk. The city is spending $135,000 for the work.

“They’re going to be required to remove it carefully and to preserve it. That is our goal to not damage the monument in any way,” Lagarde said. “For now it will be taken to the Port of Pensacola for storage until the city determines what will ultimately happen to the monument or where its final resting place will be.

A local private cemetery and the University of West Florida Historic Trust have had discussions with the city about the statue, but no decisions have been made, Lagarde said.

The city council voted 6-1 on July 14 to remove the statue and 7-0 to change the name of the park from Lee Square to Florida Square, its original name. The park was renamed for Confederate Gen. Robert E. Lee in 1887.

The idea of the monument was originally raised by former Confederate Gen. E.A. Perry, who served as Florida governor from 1885 to 1889. He died before the monument was constructed. About 10,000 people attended the ceremony held when it was completed, according to a city staff report prepared before the vote to remove it.

The soldier that was removed was inspired by the painting “Appomattox” by John Adams Elder, according to the staff report.

Carved into the statue are the words, “The uncrowned heroes of the Southern Confederacy. Whose joy it was to suffer and die for a cause they believed to be just. Their unchallenged devotion and matchless heroism shall continue to be the wonder and inspiration of the ages.”

About 150 people submitted comments or spoke by livestream or phone during the city council’s June meeting, which lasted five hours. People protesting the statue and counter protesters gathered outside city hall during the meeting.