Deputies pull US flag from swollen river in Florida

OSTEEN, Fla. - Deputies in Florida rescued an American flag that had fallen into a swollen river in the aftermath of Hurricane Ian.

The Volusia County Sheriff’s Office posted a video on Monday showing the high water level of the St. Johns River, the longest in Florida. Ian made landfall on Sept. 28 with 150 mph winds and pushed a powerful storm surge onto the state, trapping people inside homes inundated with floodwaters. 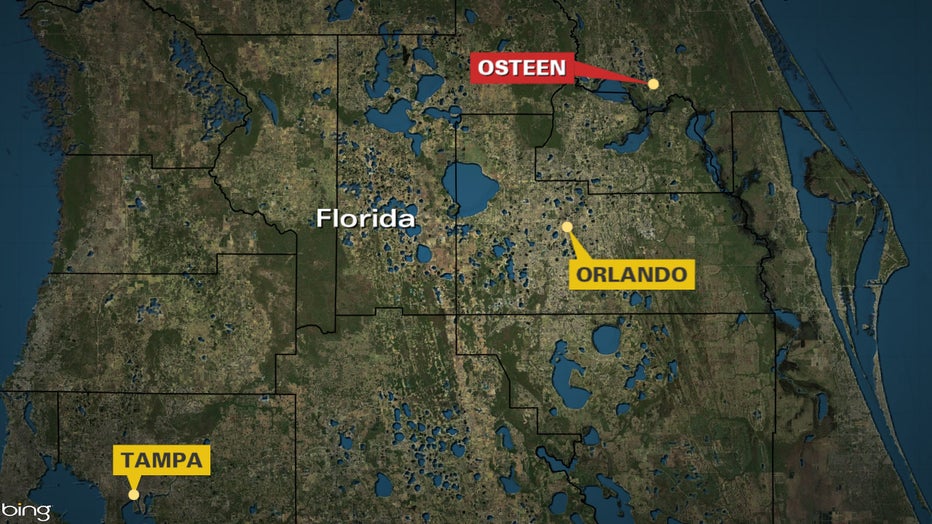 "This shows you just how high the river is right now," the sheriff's office wrote on Facebook, sharing a video recorded near the community of Osteen. "Some homes along the [St. John's River] are inches away from flooding due to a boat wake."

"Please stay off the water as it's only going to rise even higher in the next few days," it added.

In the video, a small portion of the American flag is seen just barely above the water level of the swollen river. The deputies pulled their boat along the flooded river bank and rescued the flag from the water.

U.S. Flag Code states that the American flag, a symbol of the country and its people, should be treated with respect and honored when on display. It should never touch anything beneath it, such as the ground, the floor, water, or merchandise.

The flag is pictured in the flooded St. Johns River in Volusia County, Florida, on Oct. 3, 2022. (Credit: Volusia Sheriff's Office via Storyful)

Flooding still a concern for towns along St. Johns River

The St. Johns River — which spans 310 miles between Indian River County and the Atlantic Ocean in northeast Florida — reached a "major flood stage" thanks to Ian, according to the National Weather Service.

Forecasters warned on Tuesday that levels would remain high into the coming weekend for parts of the river in Lake and Volusia counties, including in cities like Sanford, Deland, and Astor.

Ian’s winds also knocked out power to 2.6 million customers across Florida, and about 430,000 homes and businesses were still without electricity early Tuesday.

Video from the Coast Guard shows what it takes to rescue those stranded in Sanibel by Hurricane Ian.

Elsewhere, the hurricane’s remnants, now a nor’easter, caused flooding rains on the mid-Atlantic and Northeast coasts. The storm’s onshore winds piled even more water into an already inundated Chesapeake Bay, and flooding was possible all the way to Long Island in New York, forecasters said.

President Joe Biden and first lady Jill Biden plan to visit Florida on Wednesday. The president was in Puerto Rico on Monday, promising to "rebuild it all" after Hurricane Fiona knocked out all power to the island two weeks ago.

Hurricane Ian aftermath: Get paid $1,300+ a week as debris monitor in Florida