TAMPA, Fla. - Talk to many firefighters and they’ll explain that "suck it up and get on the truck" mentality.

"Coming from a law enforcement family, to talk about feelings and emotions is a challenge at times," admitted firefighter Dustin Hawkins. "After my father, being 30 years in law enforcement, I just now coaxed him into the ‘snuggle with the struggle.’ I have to tackle the man to hug the man."

But as of today, mental health assistance is on the fast track to Florida first responders, to the tune of $12 million.

At a roundtable Friday afternoon, Florida’s first lady Casey DeSantis announced $12 million in funding to expand peer-to-peer mental health services available for first responders through the Department of Children and Families (DCF) to bolster existing prevention and intervention services for first responders and their families. 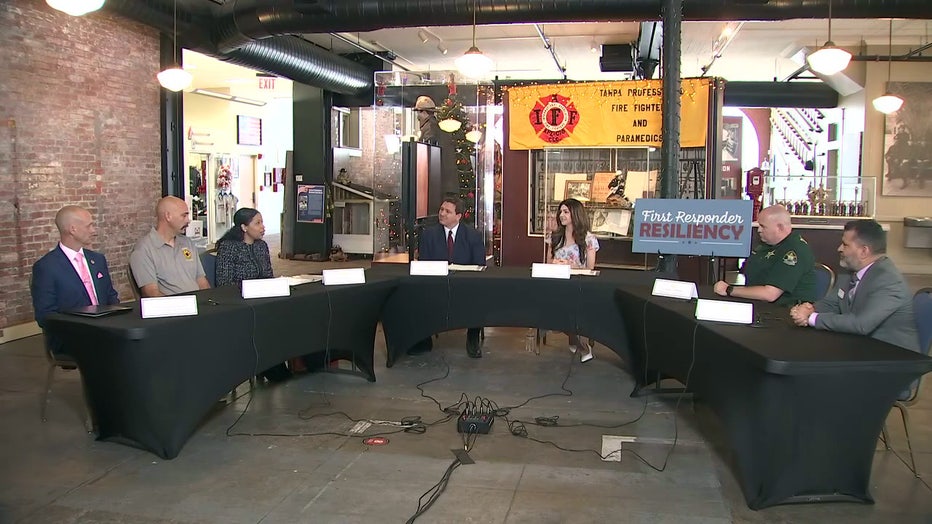 "We’ve been committed that you have the help that you need, and we’re just going to build upon that," the first lady said.

DCF Secretary Shevaun Harris explained how the money will be spent.

"With the $12 million, we’ll initiate a competitive procurement that focuses on expanding access to critical mental health resources," Harris said. 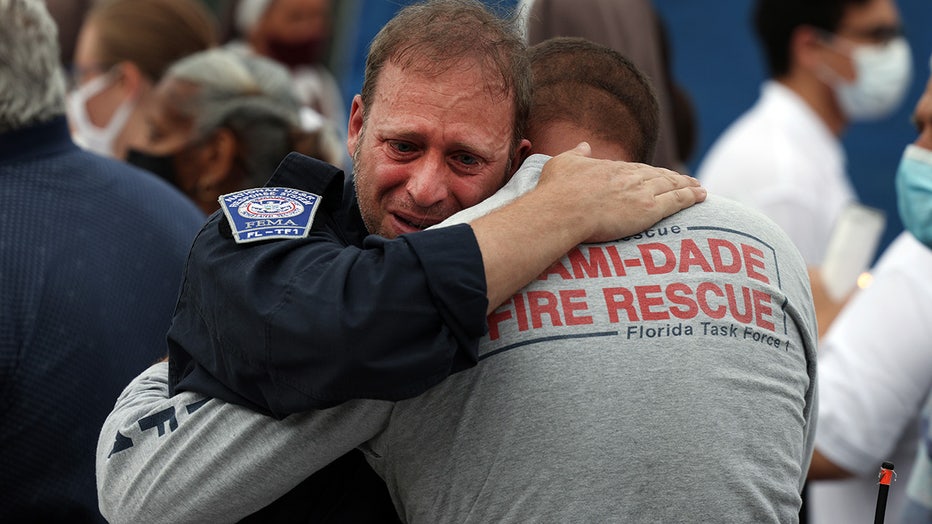 Rescue workers with Miami Dade Fire Rescue embrace after a moment of silence near the memorial site for victims of the collapsed 12-story Champlain Towers South condo building on July 07, 2021 in Surfside, Florida. (Photo by Anna Moneymaker/Getty Ima

Longtime firefighter Rick Vila says he saw a huge difference counselors made during his 11-day stint at the Surfside condo collapse over the summer.

"Basically when everything is all said and done they just look at you and go, are you good? The firefighter in you goes, ‘I’m good,’" said Capt. Rick Vila. "The first time in my career, being deployed in Surfside, there were hundreds of counselors in that camp. I’ve never seen so much of an outreach to us first responders."

He and other firefighters like Dustin Hawkins believe it’s a mentality shift that was a long-time coming – and this money will be there to support it.

"What this opportunity affords is growth. It shows us that we do not go at this alone," he added.