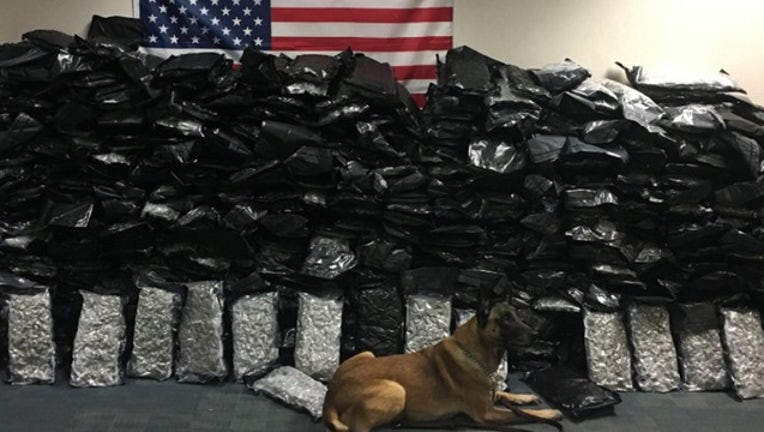 The Florida Highway Patrol (FHP) discovered more than 600-pounds of marijuana inside a U-Haul truck in Orlando thanks to their trusty K-9.

According to an arrest report, FHP troopers stopped the U-Haul on Tuesday night on Orange Ave. near the Orlando International Airport after seeing is swerving in traffic. The trooper asked to see a rental agreement for the truck, and when the man and woman inside could not produce one, they were asked to step out of the vehicle.

The trooper requested back-up with K-9 Piet. That's when Piet sniffed out the drugs inside the truck.

When the driver was asked if they were hauling drugs, the suspect reportedly told the trooper no and that they were only transporting 'finger nail tips' for a nail salon.

When authorities opened the back of the U-Haul, they discovered 624-pounds of marijuana in vacuum-sealed packages. Troopers say the drugs have a street value of $5.6 million.