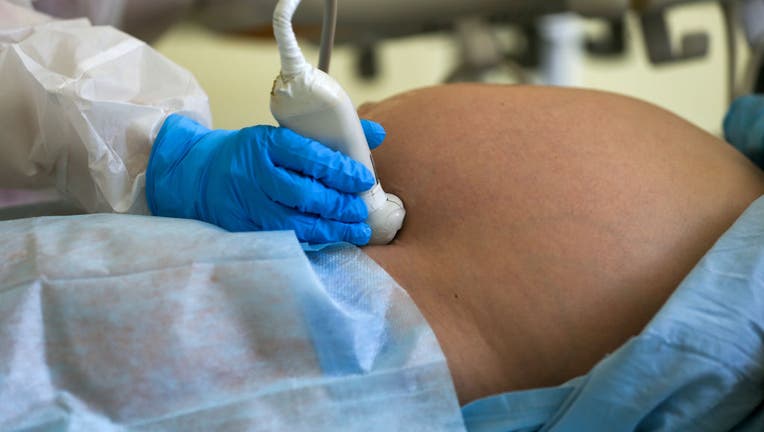 FILE - A pregnant patient receives an ultrasound during the COVID-19 pandemic in an undated file image. (Photo by Yegor AleyevTASS via Getty Images)

TALLAHASSEE, Fla. - Florida doctors would be banned from performing abortions if they know, or should have known, the woman was ending her pregnancy because of a test or diagnosis that the fetus will be born with a disability, under a bill passed by the House on Friday.

Doctors who do end a pregnancy based solely on a physical or mental disability would be guilty of a third-degree felony punishable by up to five years in prison.

The issue sparked passionate, sometimes tearful, debate before the bill passed on a 74-44 vote, with nearly all Republicans in favor and Democrats opposed.

Republicans defending the bill read from the Bible and made comparisons to Nazi Germany and abortion policy in China. Democrats argued that deciding whether to end a pregnancy is difficult and personal enough without the state getting involved, and accused lawmakers of being hypocritical because Florida doesn’t do nearly enough to help residents with disabilities.

"The concept of ending a pregnancy based on a disability is modern day eugenics," said Republican Rep. Tyler Sirois, referring the to the idea of breeding humans to remove less desirable traits. "In the 1930s the Nazis worked to establish a master race. They sought to eliminate from the gene pool of any trait or condition that they deemed unworthy. "

The most emotional testimony came from Democratic Rep. Robin Bartleman. She was in tears and shaking as she described learning there was something wrong with the fetus during her second pregnancy.

Bartleman is a special education teacher, and she recalled a student that was born without a cerebral cortex. The child couldn’t think or communicate and simply sat in a chair all day. She and her husband questioned whether she should end her pregnancy.

"I had to decide, was I going to bring this child into this Earth knowing what I knew about that student that I saw every day?" she said. "We would ask, ‘Is she in pain? Does she know? Is she hurting?’"

She said she and her husband prayed and asked God to help them decide as she approached the moment of no return before she couldn’t have an abortion. She had one last ultrasound, and was told the fetus’s heart had stopped beating.

Other Democrats gathered around Bartleman as she spoke, placing hands on her back and passing around tissues to wipe tears from their eyes.

A similar Senate bill hasn’t been heard in committee. The legislative session ends on April 30.