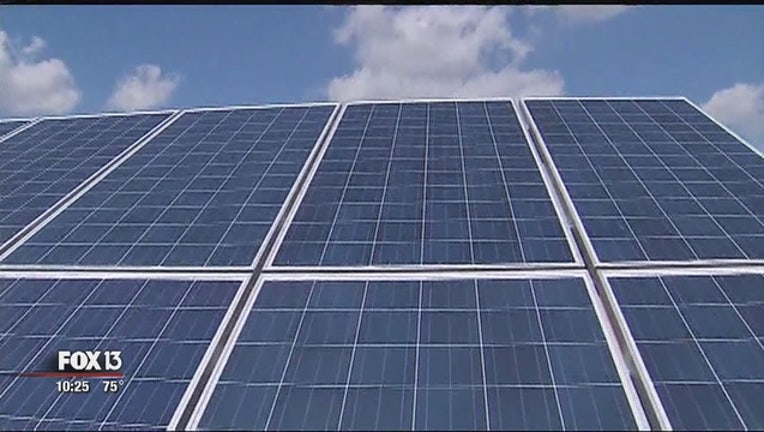 TALLAHASSEE (NSF) - The Florida Supreme Court on Friday dismissed a pair of legal moves aimed at striking down a solar-energy ballot initiative backed by major utilities.

In terse, single-line statements, justices dismissed as "moot" requests by the Florida Solar Energy Industries Association and the group Floridians for Solar Choice to reconsider the court's approval of ballot language for the initiative known as Amendment 1.

Expressing disappointment with the rulings, the initiative's critics maintained their view that Amendment 1 is "deceptive," while saying they will focus the next few days on keeping the proposal from reaching the 60 percent voter approval needed for passage during Tuesday's election.

"We wanted to give the court an opportunity to clean up the mess they have made by approving this amendment for the ballot," Stephen Smith, a member of Floridians for Solar Choice and executive director of the Southern Alliance for Clean Energy, said in a statement. "Now it's game on: We have a solar uprising happening in the Sunshine State. We ask everyone to vote no on 1 and we look forward to Tuesday when we will kill this once and for all."

Sarah Bascom, a spokeswoman for Consumers for Smart Solar, the group spearheading the initiative, said there were no surprises in the court dismissing the "frivolous" requests.

"This was nothing more than a political stunt to deter voters' attention in the final days of the election," Bascom said in a statement.

The opposition groups filed the requests Wednesday, hoping justices would reconsider a 4-3 decision in March that approved the ballot language for Amendment 1.

Former Supreme Court Justice Raoul Cantero, representing Consumers for Smart Solar, argued in a court filing late Thursday that the requests should be dismissed because the only new information the opposition groups used was an audio tape that emerged last month "in which third parties allegedly describe the sponsor's political motivations."

Florida Solar Energy Industries Association and Floridians for Solar Choice, which have long contended that Amendment 1 is misleading, based their requests on a tape that included comments by Sal Nuzzo, vice president of policy at the James Madison Institute. On the tape, first reported by the Miami Herald, Nuzzo described how to use a "little bit of political jiu-jitsu" in promoting solar to win support for desired changes in policy.

In asking the court to dismiss the requests, Cantero argued that the critics were "reckless to accuse Consumers for Smart Solar of 'fraud or other misconduct on the court' based on newspaper articles citing the statements of a third party."

The Consumers for Smart Solar amendment would enshrine in the Florida Constitution existing rules about the use of solar energy by private property owners. The proposal also includes a more-contentious provision, which states that people who haven't installed solar on their property "are not required to subsidize the costs of backup power and electric grid access to those who do."

Proponents say the second provision provides consumer protections for people who don't install solar panels. But opponents argue it could result in "discriminatory charges" against rooftop solar users and limit the desire of people to go solar.