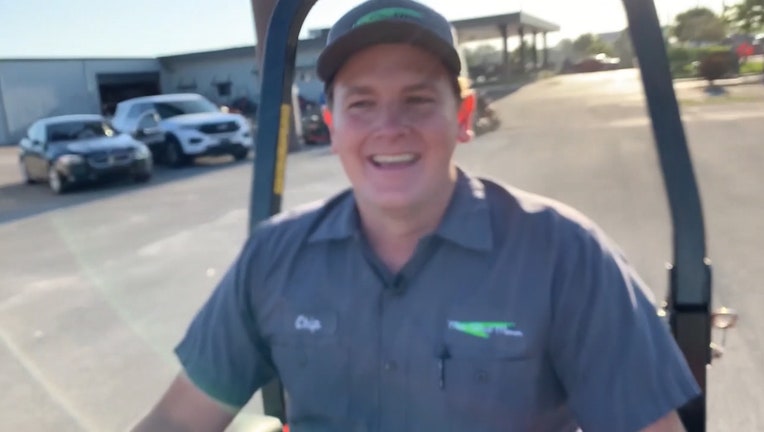 TITUSVILLE, Fla. - A Florida man is making quite the trip on a lawnmower, and it’s all for a good cause.

Chip Hawthorne began his long trek – 130 miles to be exact – on a lawnmower from Titusville to Spring Hill. He began the drive Thursday morning.

He said the goal of the "Mowathon" event is to raise half a million dollars for West Orange Habitat for Humanity.

The same trip, by car, is about 3.5 hours. However, by using a lawnmower, Chip said he thinks it will take him about 14 hours. 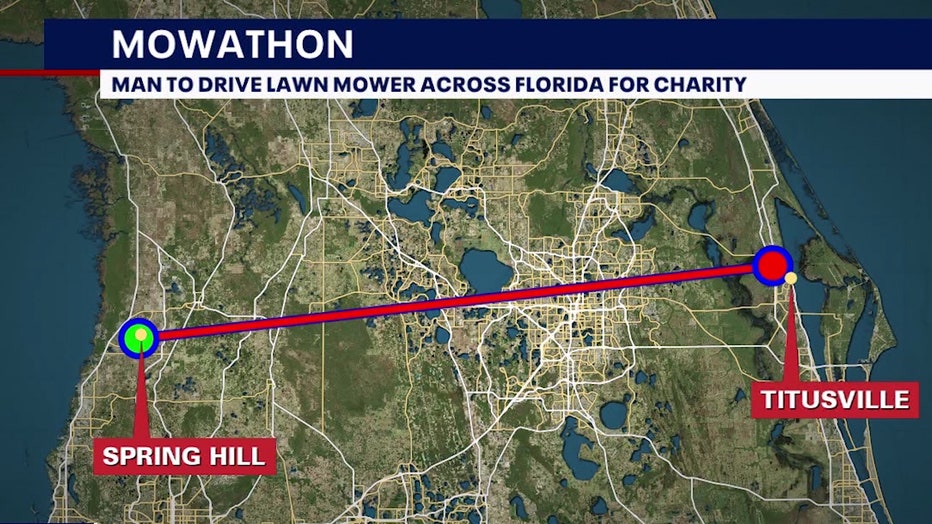 He will be escorted by a safety truck and off-duty deputies from five counties.

"I’m going to eat breakfast before I start, I’ll eat lunch here," Hawthorne said while on a lawnmower. "Maybe I’ll need a snack, but I think I’ll be able to handle it."

Taking a bathroom break may be a little trickier though. 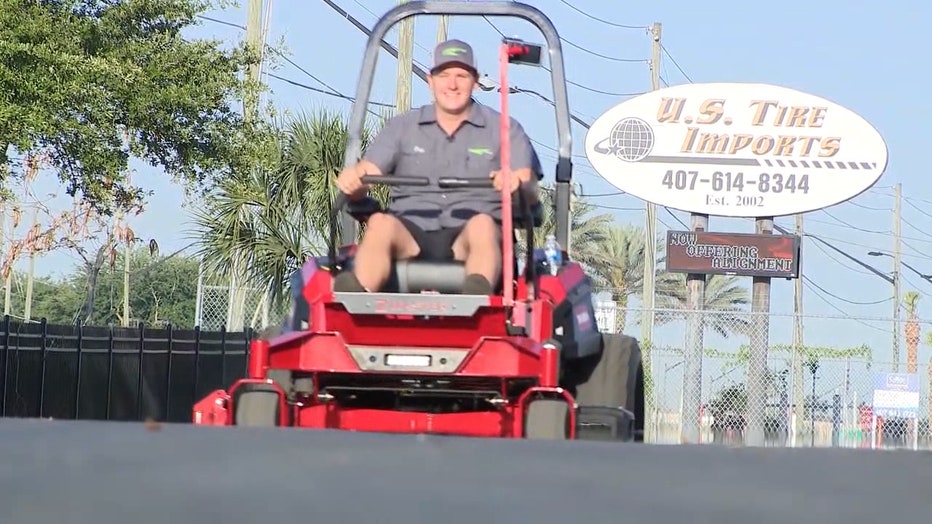 His journey from the east coast of Florida to the Bay Area can be seen on Mowathon.com. The live stream launched Thursday morning.

You can also make a donation on the website.