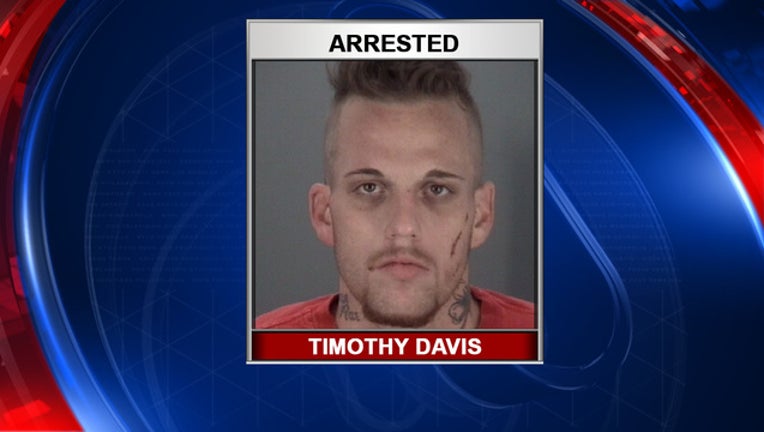 HUDSON, Fla. - A Hernando County man was arrested after deputies said he was hiding a container of heroin in his rectum.

Early Saturday morning in Pasco County, deputies attempted to pull over 27-year-old Timothy Davis for changing lanes without using a turn signal, but, they said, he chose to flee from the traffic stop.

At one point, Davis started driving southbound in the northbound lanes of U.S. Highway 19, deputies said. Eventually, they said, he drove over the median and struck a fence.

Deputies said he attempted to flee on foot, but they caught up to him and placed him custody.

They said Davis was hiding the container of heroin in his rectum. After an inventory of Davis’ car, officers found meth, a syringe, a digital scale and a kitchen spoon with residue on it, officials said.