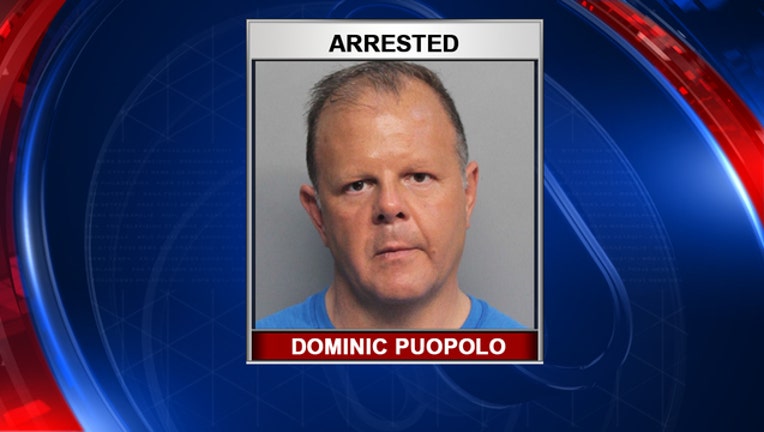 MIAMI, Fla. - A South Florida man has been charged with threatening to kill President-elect Donald Trump in a video posted online.

A Miami Beach police report released Wednesday identified the suspect as 51-year-old Dominic Puopolo. Jail records show Puopolo is being held without bail on state charges of threatening harm against a public servant. Court records do not list a lawyer for him.

The police report says Puopolo on Monday posted a video on his Twitter account stating that he would "be at the review/inauguration and I will kill President Trump, President-elect Trump" while in Washington.

The report says he was arrested a short time later at a Miami Beach Subway restaurant and admitted to officers he had posted the threatening video. Police say Puopolo told them he is homeless.