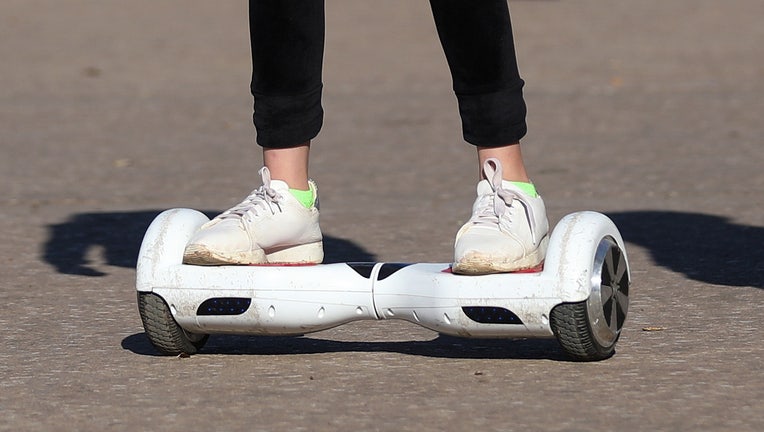 LAKE MARY, Fla. - A Florida man in a coronavirus face mask allegedly tried to grab a 9-year-old girl playing on a hoverboard outside her home earlier this week, according to local police.

City of Lake Mary police say they are trying to identify a man who grabbed a little girl by the arm outside the Bell Timacuan Apartments. The victim screamed, escaped and ran to safety.

Surgical masks and other face coverings have become commonplace sightings around the country amid the COVID-19 pandemic.

The victim's mother was inside putting away groceries, Orlando-based WFTV reported.

“She was playing on her hoverboard, minding her own business," police spokesman Zach Hudson told the outlet. “And she realized she was in trouble."

Police described the suspect as a white male in his 20s with a normal build who stands about six feet tall. He has brown eyes and brown hair with “blonde brownish highlights.”

In addition to the mask, he was wearing all black clothes -- long pants, a long-sleeved sweatshirt and Nike shoes, police said.

He had “a strong odor of smoke” according to police.

Authorities released a composite sketch of the suspect on Thursday.

They are also warning residents to be aware of suspicious people outside their homes and reminding parents to watch their children closely when outdoors.

“Criminal activity can occur at any time and any place,” the department wrote on Facebook. “Never take your child’s safety and security for granted.”