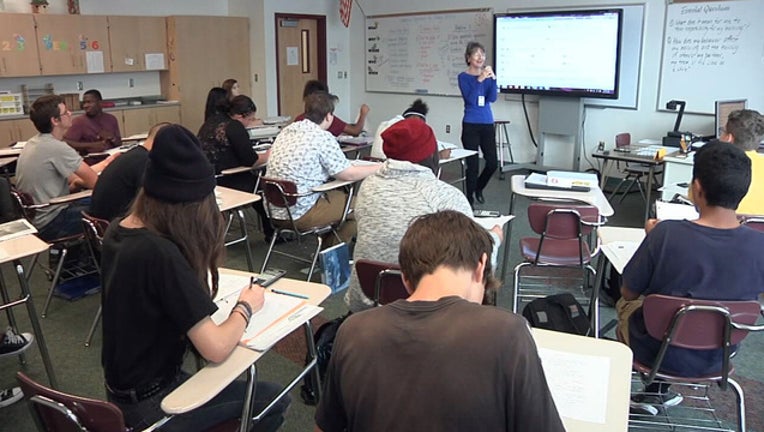 Tens of thousands of Florida school children will return to their classrooms next week as districts take advantage of a state law that allows schools to start as early as Aug. 10.

Forty of the 67 public school districts are opening next Wednesday under a 2015 law that decoupled the school start from Labor Day, according to the state Department of Education. A prior law required districts to open schools no earlier than two weeks before Labor Day.

Last year, less than a dozen districts used the Aug. 10 start, but this year a majority of the districts have opted to start in the second week of August, which also means those districts will end their 2016-17 school year well before Memorial Day.

The state's two largest districts, Miami-Dade and Broward counties, which have more than 600,000 students, will be among the last to open on Aug. 22.

This is the earliest opening date for a majority of the districts since the 2006-07 school year, when most opened in the first week of August, with Seminole County starting on July 31.

The early opening dates resulted in a backlash from parents and tourism groups, prompting the Legislature to tie the start of school to Labor Day.

But Sen. Bill Montford, a Tallahassee Democrat who sponsored the 2015 law, said the primary reason for the legislation was to allow the 67 school districts to decide for themselves on the opening date.

"I believe those decisions need to be made at the local level by local elected school boards and the superintendents who get direct input from the parents," said Montford, who is head of the Florida Association of District School Superintendents.

Montford, a former Leon County superintendent, said districts get plenty of input on the annual school calendar from parents, students and others who sit on school and district advisory councils.

Although he has heard questions about why schools do not start closer to Labor Day, Montford said a variety of factors make the earlier starting times more logical, including having high-school students take their first semester exams before the winter holiday break.

Another factor is the number of vacation days built into the annual school calendar, including winter and spring breaks as well as time off for Thanksgiving.

"If we take all these days off during the year you still have to put in 180 days," Montford said. “You either have to start earlier or go later."

Montford said many districts prefer an earlier starting date to give teachers and students more time to prepare for the annual state assessment tests in the spring, which are linked to student progress and school grades.

"Some districts tried to get in as many days as they could before the state assessments," Montford said, noting the annual tests come early in the spring and not at the end of the school year.

Opposition to early school starts has come from some parents who complain that an early August start puts Florida out of sync with other states and complicates summer vacation plans. Groups tied to Florida's tourism industry have opposed early starts, noting the law linking the start to Labor Day boosted their industry.

"This is the time of year that many families take an in-state vacation before the school year starts. We hope that all Floridians have an opportunity to enjoy everything our great state offers over the summer, especially in areas that are economically dependent upon a traditional summer season," said Carol Dover, president of the Florida Restaurant and Lodging Association.

"They make a very good argument for the tourist industry," Montford said. "But school superintendents and school board members and parents and others make a doggone good argument that what's really important is the child's learning."

Montford said the current law gives districts the ability to set school opening dates closer to Labor Day or even after the holiday.

"Those decisions should be made at the local level," he said.