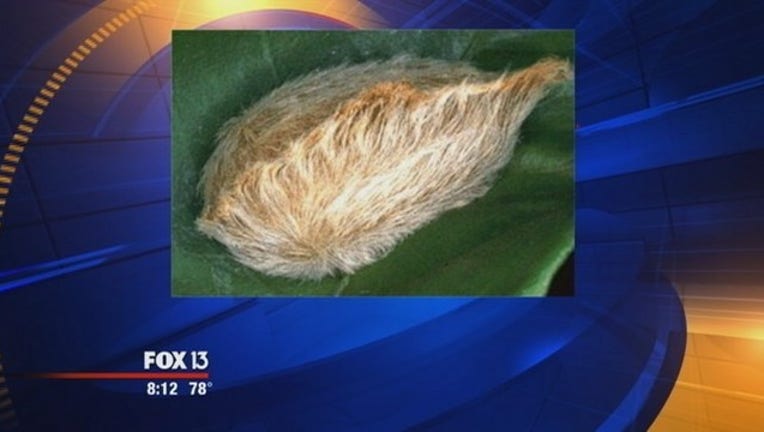 As far as bugs go, caterpillars are usually pretty tame – except for one.

It's a fat, furry caterpillar that is popping up in trees across Florida, and it's known as the "puss caterpillar," or Megalopyge opercularis.

But whatever you do, do not touch this bug. Stay away from it, scientists say.

Its fur is actually covered in venom. Doctors from the University of Florida say the second you touch this caterpillar you feel instant, intense pain.

The pain is worse than a bee, jellyfish, or scorpion, and it can also cause vomiting and convulsions.

Doctors say be aware of them while working outdoors because they are known to fall out of trees.