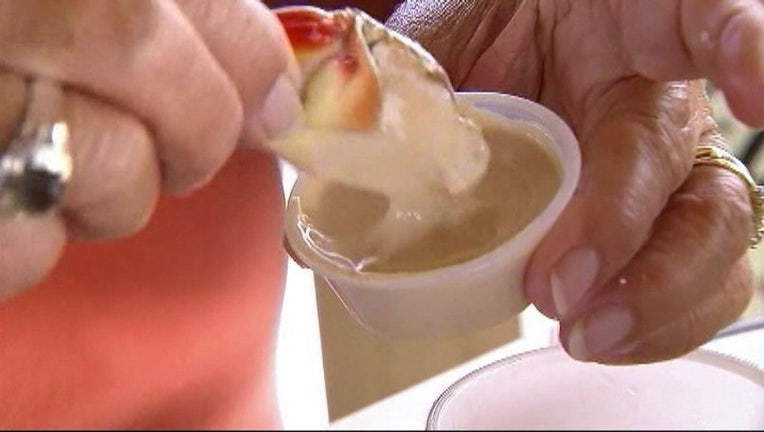 GAINESVILLE, Fla. - Florida’s $30 million stone crab industry is snapping mad over the state’s decision to reduce by five weeks the seven-month harvest season for what is widely considered a classic but expensive delicacy in the Sunshine State.

The Florida Fish and Wildlife Conservation Commission said the shortened season and other new limits are necessary to sustain Florida stone crabs, whose large, meaty claws are removed and served boiled with melted butter or mustard sauce. The agency said the shorter season was expected to reduce the amount of claws harvested each year by at least 10%.

The agency’s scientists said many crabs don’t survive their claws being removed, and crabs have been overharvested since the late 1990s. Its data, challenged as inaccurate by the industry, showed the fewest pounds of stone crab claws harvested since 1986 during the season that ended last year. 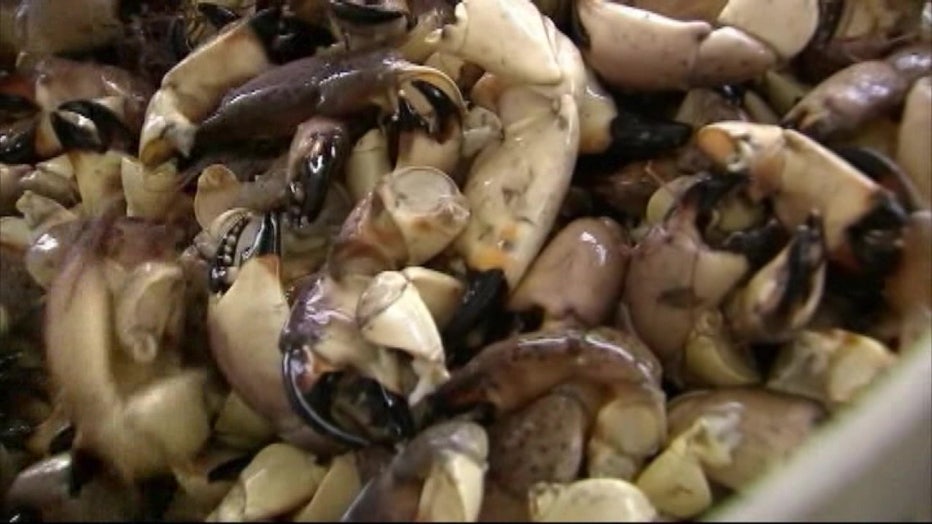 Commercial crabbers across Florida are pushing back, worried that new limits will cut their profit margins or even force them out of business. It’s unclear how the new restrictions might affect next year’s table prices. A dinner portion of jumbo-size claws can run more than $100 at fine restaurants. The meat is mild and slightly sweet with a texture similar to lobster.

The new changes come as restaurants and their suppliers across Florida suffered losses from mandatory closures during the pandemic. Wholesale claw prices in some areas have tanked from low demand, as diners avoid restaurants and consumers reduce spending amid concerns about the economy. The commission said Gov. Ron DeSantis may reduce the amount of money crabbers must pay for next season’s trap certificates as part of a crab-industry bailout related to the virus.

“The fishermen started all taking out their traps,” said the operations manager of the Lobster Walk fish market in Islamorada, Angel Borden. “They’re like, ‘We can’t afford to keep fishing.’” 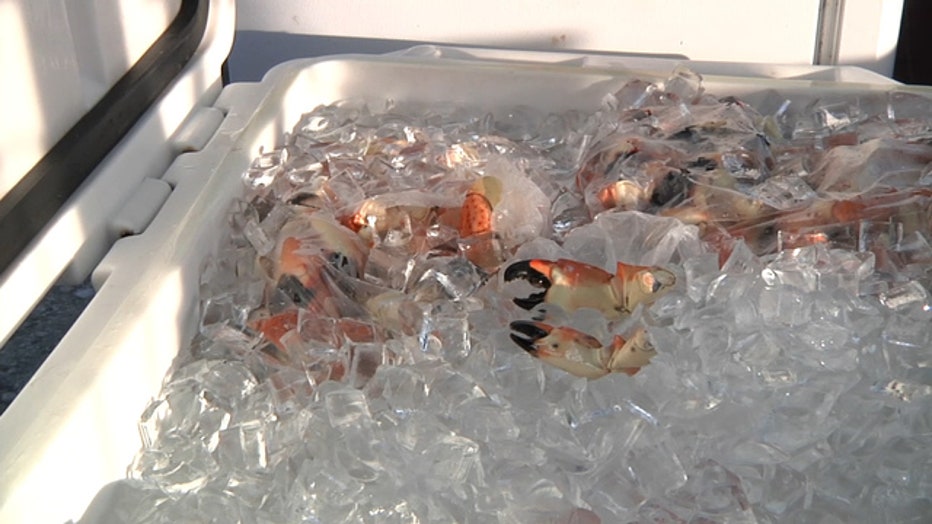 The season previously ran from mid-October to mid-May. Crabbers are especially incensed that the new rules end the stone crab season April 9, affecting sales for Easter and Mother’s Day.
In Miami, at the Golden Rule Seafood market and restaurant, business picks up when stone crab season starts and tapers off a few days after the end of the season, said chief operating officer Taylor Mullins-Flores. He said there is a boom for Mother’s Day.
Especially for crabbers in northern Florida, claws harvested toward the last few weeks of the season are more valued because the meat is easier to extract in warmer temperatures.

“I’m in fear of my livelihood,” said Kelly Kirk, whose fifth-generation fishing family operates Kirk Fish Company out of Goodland in southwest Florida. She said she worries the commission won’t consider her complaints to amend the new restrictions at its next meeting in July. “They really don’t listen to us.”

The government considered but rejected other options that also drew industry complaints, including a ban on taking both claws of each crab, an increase of the minimum claw size and a later start to the season.

The commission approved the stone crab changes last week during a meeting conducted online due to the pandemic. In addition to the shorter season, Florida increased the minimum claw size by a one-eighth inch; mandated use of escape rings by 2023 to avoid smaller crabs and bycatch; and limited the number of “checker boxes” to two per boat. Checker boxes are receptacles where crabbers can place whole crabs temporarily to break off claws later.

“No single one of them is enough to put the final nail in the coffin, but each one of them chips away at the viability, especially of fish houses like mine,” said Peter Bacle, who owns Stock Island Lobster Co. in Key West.

Marathon’s Keys Fisheries Inc., one of the main suppliers of Miami Beach’s famous Joe’s Stone Crab restaurant, reels in about 3,000 to 5,000 pounds of claws a day, said manager Gary Graves, a commercial fishing veteran of 53 years.

“Let’s not kill people and go down to a six-month season,” Graves said.

The commission said in a statement that it recognized the economic impact of the new rules. “But changes are also needed for this fishery to be sustainable in the future,” spokeswoman Amanda Nalley said.

Requiring escape rings on new traps and installing them on old ones could be costly and time-consuming, said Bill Kelly, executive director of the Florida Keys Commercial Fishing Industry. He estimated the new rings cost about $4 each including labor, meaning a total cost to the industry of $3.6 million.

Some crabbers, such as Daniel Doxsee of Marco Island, said the rings will help prevent illegal harvests of small crabs. “We all care about conservation,” said Doxsee, a third-generation stone crabber who runs Doxsee Seafood Inc., a supplier for Kirk Fish Company.

He said half the commercial anglers in the Marco Island area have gone out of business in his lifetime.

Kelly Kofmehl of Crystal River, whose family has been stone-crabbing for more than 50 years, said commercial crabbers are devoted to the long-term health of the industry. He said the commission wasn’t doing enough to compromise, and he proposed ending the season May 1, not April 9.“You give an edge, and they want to take a mile,” he said.

The industry challenged the commission’s data showing historically low catches last year, even as the data showed the value of the crab claws market soared to $30 million. Commercial crabbers said the catch figures don’t include recreational catches or illegal harvests.

The commission did not respond to questions about its data at last week’s meeting.

Bacle in Key West was born to a fisherman-father who preferred to spend his days on the water. Soon, business operations were passed down to Bacle, who runs his lobster company with his son and two daughters. He said the future is uncertain.

“We’d like to keep the business going,” he said, “but we just don’t know.”
___
This story was produced by Fresh Take Florida, a news service of the University of Florida College of Journalism and Communications. The reporters can be reached at mstarling@freshtakeflorida.com and schery@freshtakeflorida.com.