A 19-year-old student has been arrested after police say he plotted to shoot up a Florida university.

DAYTONA BEACH, Fla. - A 19-year-old student has been arrested after police say he plotted to shoot up a Florida university. He's expected to make his first appearance in court on Friday.

Daytona Beach Police said John Hagins, of North Miami, plotted to shoot fellow students at Embry-Riddle Aeronautical University in Daytona Beach on the final day before winter break.  They say he didn't have a criminal record but was on academic probation and struggling in school.

At a news conference, Daytona Beach Police Chief Jakari Young opened a backpack Hagins was reportedly prepared to bring to campus on Thursday morning.  Inside was a rifle, six full magazines of bullets, a scope, ear protection, and boxes with 200 more rounds of 9mm ammunition.

"We could have had a tragedy unfold today," Chief Young said. "Instead, these students reported it to the school and that allowed us to get to work right away and bring Hagins into custody before he could carry out his plans. We thank them all for seeing something and saying something."

Police make arrest after threat made at Daytona Beach school

Chief Young said officers arrested the teenager at an off-campus apartment, as he headed with the bag to a firing range.

"He said once he was done at that firing range, he was going to campus to enact a 'Columbine.'" Chief Young said.

"Columbine" is a reference to a 1999 school shooting in Colorado, where two students gunned-down 13 classmates and faculty at Columbine High School, then killed themselves.

Police said that Hagins had written where he laid out his plans to bring a folding gun to the campus tucked inside a backpack along with hundreds of rounds of ammunition. 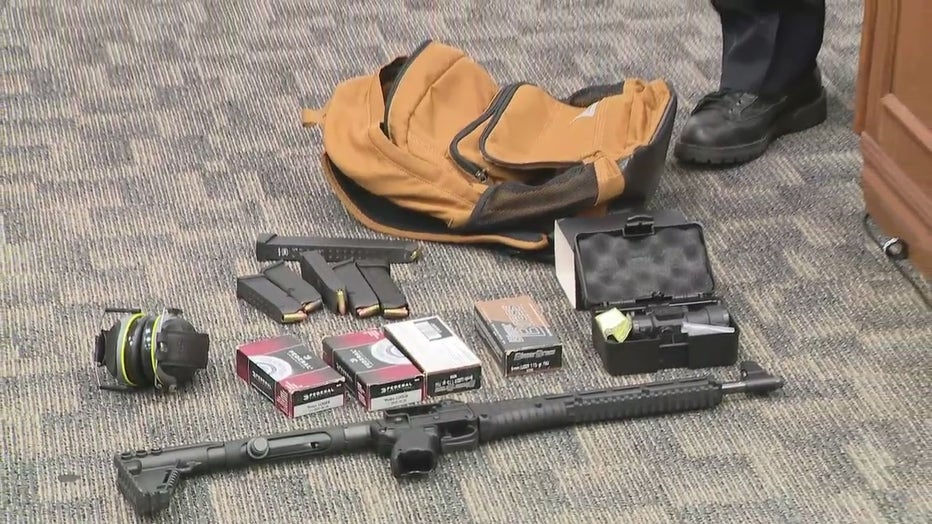 "It appears Hagins sold his vehicle to purchase that gun and ammunition," he said.

Fellow student Phillip Chen said he knows Hagins and never thought he was capable of this.

"You know, he just always seemed like a normal guy. You'd never know he had those thoughts, so."

He said the whole situation leaves him scared and looking for answers.

"I'm still in shock, I'd never picture him doing something like this."

Hagins was taken into custody at his residence in the Andros Isles apartments. Detectives are said to still be trying to piece together the exact motive.  Chief Young said Hagins confessed to posting the social media messages but now says it was all a joke.

"But we don't find anything funny about discussing a mass shooting on a campus. If he was looking for attention, he's got it." 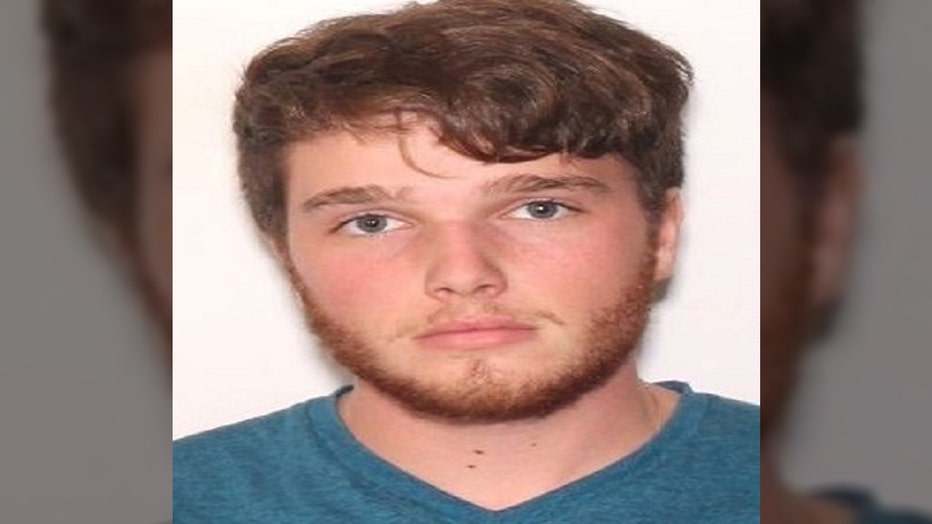 The Federal Bureau of Investigation and the Bureau of Alcohol, Tobacco, Firearms and Explosives are also involved in this ongoing case.

Hagins is being held at the Volusia County Jail on a no-bond status. He expected to be arraiged on Friday.

Embry-Riddle Aeronautical University released the following statement after the incident:

Everyone is safe and our campus is secure. The safety of our students, faculty, staff and community is our No. 1 priority. Earlier today, an Embry-Riddle Aeronautical University student was arrested and is being held in custody without bail. Our Campus Safety officers are working closely with the Daytona Beach Police Department. We are thankful to law enforcement officers, who moved swiftly and did exactly what they are trained to do to keep everyone safe. The university immediately notified the entire community of the police activity. A lockdown did not become necessary. The student was trespassed and suspended and cannot return to our campus. Out of an abundance of caution, increased security protocols will be maintained on campus. But again, the Embry-Riddle campus is secure. Unescorted reporters cannot come onto campus at this time.