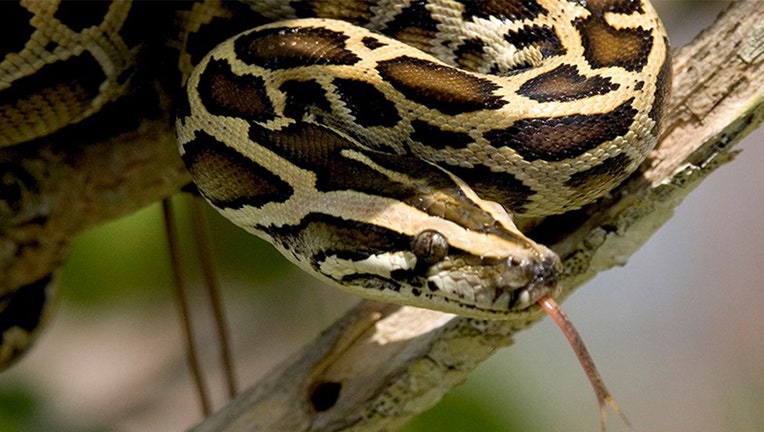 EVERGLADES, Fla. - The Burmese pythons are known to be an invasive species in Florida, but Florida wildlife officials are trying to look into alternative ways to get rid of them -- and that includes eating them.

For now, the Florida Fish and Wildlife Conservation Commission is studying whether the pythons are safe to eat in the first place. Before they recommend the option, they have to determine if the mercury levels are too high in the pythons to consume.

“You have to kind of look specifically to the areas,” Dr. Ben Abo explained to WINK. “It’s not like fish.”

Abo said eating python could be safe if you don't eat too much of it.
“I’m not aware of any particular concerns of it,” Abo said. “I’d be really surprised if you’re eating enough of the python to have a mercury level that’s really an issue.”

They are currently in the tissue collection stage of their project. People who've eaten Burmese pythons before said they can be used in all sorts of dishes like chili and stir fry. Some joke that it tastes like chicken.

Python jerky has also been made. Donna Kalil told WINK she has caught hundreds of pythons in the Everglades. For her, it's normal to cook them every once in a while.

FWC officials said the pandemic has delayed the studies. Pythons are not native to Florida, and are considered as harmful invasive species. They are found primarily in and around the Everglades.

The FWC offers programs allowing the public to help in removing and hunting the species. Additional information on python removal efforts can be found here.