COCOA, Fla. - A Florida woman accused of shoving a dog into the trunk of her car has bonded out of jail.

Brevard County deputies arrested Sara Ann Perry Thursday after a video surfaced alleging she shoved an emaciated dog into the trunk of her car.

The incident is said to have happened on Wednesday afternoon, in the parking lot at the Brevard County Humane Society. Tanya St. John, her mother, and her daughter all said they witnessed the suspect take the dog out of the trunk, briefly walk toward the building, then return to shove the dog back into the trunk of a white BMW.

“This thing just blows my mind. I couldn’t even sleep last night because I kept thinking about that dog. I kept thinking if she gets rear ended in that car, that is gonna kill that dog,” St. John said.

The Brevard Sheriff's Office seized the dog and arrested her for felony animal abuse.

“If you harm an animal in Brevard county, we’re going to put your butt straight in jail,” said Sheriff Wayne Ivey.

According to the Humane Society, Perry attempted to surrender her dog, or have it euthanized. However, she was turned away, because the shelter does not euthanize dogs, and it was filled over capacity.

The Humane Society’s executive director, Theresa Clifton, said staff gave Perry alternative locations to surrender the dog before she walked away. Soon after, St. John came in and alerted staff about the animal in the trunk. The Humane Society then got the Sheriff's Office involved.

“It was over 85 degrees yesterday afternoon in our parking lot. I could only imagine how hot the trunk of the car was,” said Clifton.

According to Sheriff Ivey, the dog was malnourished and in poor health when they seized it. It is now being treated by veterinarians at Brevard County Animal Services. 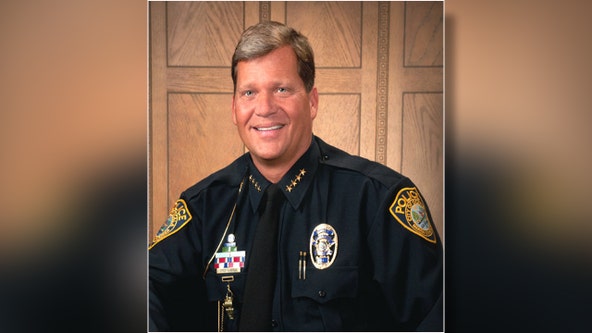