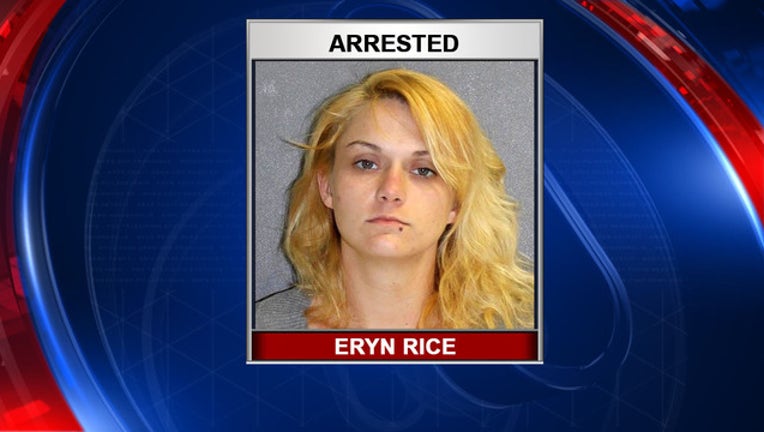 DELTONA (AP) - Deputies say a 73-year-old woman thought her husband was having an affair when she found a 22-year-old shoplifting suspect in her husband's pajamas, but the woman was just hiding out from law enforcement.

The Volusia County Sheriff's Office reported Monday that Eryn Rice had pulled free from a deputy and disappeared when she showed up at the Deltona home several hours later.

Deputies told the Orlando Sentinel that Rice had been caught shoplifting several hundred dollars' worth of cosmetics at a drug store Sunday morning.

At the home, Rice washed her clothes, showered, put on the husband's pajamas and took a nap. The couple gave her a ride home.

They later flagged down a deputy and asked if they were looking for a woman. They told the deputy where Rice was.