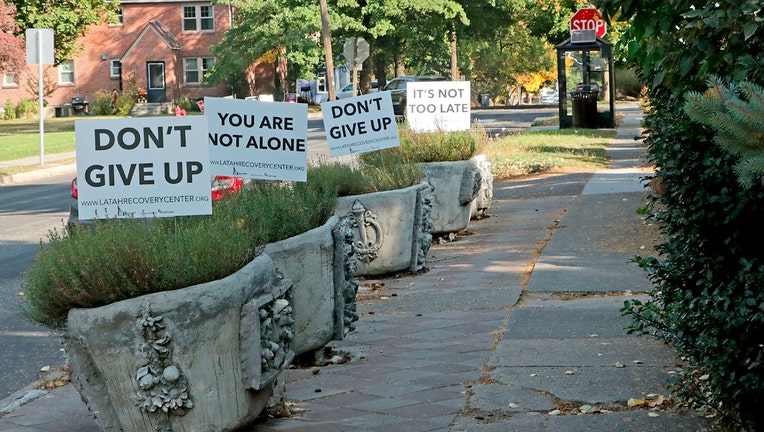 “This grand jury has received a great deal of evidence and testimony regarding financial deficiencies, conflicts between various agencies over information sharing and privacy, inadequate or inefficient provision of services and a number of other serious problems,” the report said. “To put it bluntly, our mental health care ‘system’ --- if one can even call it that --- is a mess, and we have formulated a spate of recommendations for straightforward improvement and further study in this critical area.”

The 27-page document posted late Thursday afternoon on the Florida Supreme Court website was the third interim report issued by the grand jury, which the court impaneled in February 2019 at the request of Gov. Ron DeSantis. The request came a year after a gunman killed 17 students and faculty members at Marjory Stoneman Douglas High School in Parkland.

While the interim report Thursday addressed several issues, it focused most heavily on what the grand jury saw as problems in the mental health system. The accused Parkland shooter Nikolas Cruz, a former Marjory Stoneman Douglas student, had received treatment for mental health issues --- leading to scrutiny of the mental-health system.

The grand jury said in the report that it is “clear to us that inadequately addressed mental health issues have the peculiar potential to spiral out over time into criminal acts and violent behavior resulting in serious injury and loss of life.”

While acknowledging that “these are hard problems,” the report described a disjointed, under-funded system and called on the Legislature to form a commission to study mental health services. It suggested that such a commission could be similar to a panel known as the Marjory Stoneman Douglas High School Public Safety Commission, which the Legislature formed after the 2018 shooting to investigate school safety and make recommendations.

New research shows the trips are not for minor mishaps at home, but for things like anxiety, depression, and other mental health concerns.

“It should be apparent to any reader of this report that this grand jury has only scratched the surface of the myriad difficulties involved in comprehensively addressing the sad state of mental health care services in the state of Florida,” the report said. “While a comprehensive examination of this system would lie within our jurisdiction, it would take more time than we have at our disposal considering the other items the governor has also placed in our mandate. For this reason, it is the opinion of this grand jury that the Florida Legislature should appoint a commission to specifically examine the provision of mental health services in the state of Florida.”

The report also pointed to funding as an issue, saying Florida provides less money per capita than any other state for mental healthcare and treatment.

“Even among states that do not collect income taxes, Florida is dead last,” the report said. “It is therefore important to highlight from the outset that correcting the deficiencies in our system of mental health care will require additional funding, but the Legislature must make this financial commitment intelligently so as to ensure that whatever funds it does provide are not wasted.”

RELATED: Majority of Americans say they got the worst sleep in 2020: survey

Also, the grand jury said the provision of mental health services is “spread out over state, federal and local agencies, each with different missions, priorities, metrics and definitions of success, making for treatment ‘plans’ that are unfocused, inconstant and often ineffective at the individual level.”

“Concerns about compliance with state and federal privacy statutes often prevent effective interagency cooperation,” the report said. “Because each agency cannot see the ‘big picture’ of a person's complete mental health history, there is no real way to develop or carry out any kind of a comprehensive plan for treatment and follow-up services.”