TALLAHASSEE, Fla. - Florida's overwhelmed online unemployment-compensation system has been taken down for the weekend as the state scrambles to process applications and reduce a massive backlog of claims caused by the coronavirus pandemic.

Users of the Department of Economic Opportunity’s CONNECT system, who continue to express frustration with accessing the website and reaching phone operators, were redirected Friday to a backup site where they can submit new applications.

Department of Management Services Secretary Jonathan Satter, who was brought in last week to oversee the system, said Friday the state will put its manpower this weekend into getting more applications processed.

The site directs applicants to an alternative site to file a claim, or people can also print out a paper application.

“We needed all the processing power we could get, to process payments,” Satter said. “We have a number of large batch jobs that were ready. Rather than place a lot of drain on the system today and over the weekend, we said, ‘Let’s take it down. Let’s process as many payments as we can.’”

Disney officials have been working with the state to download a massive list of furloughed employees as the entertainment giant stopped paying more than 100,000 workers on Monday. 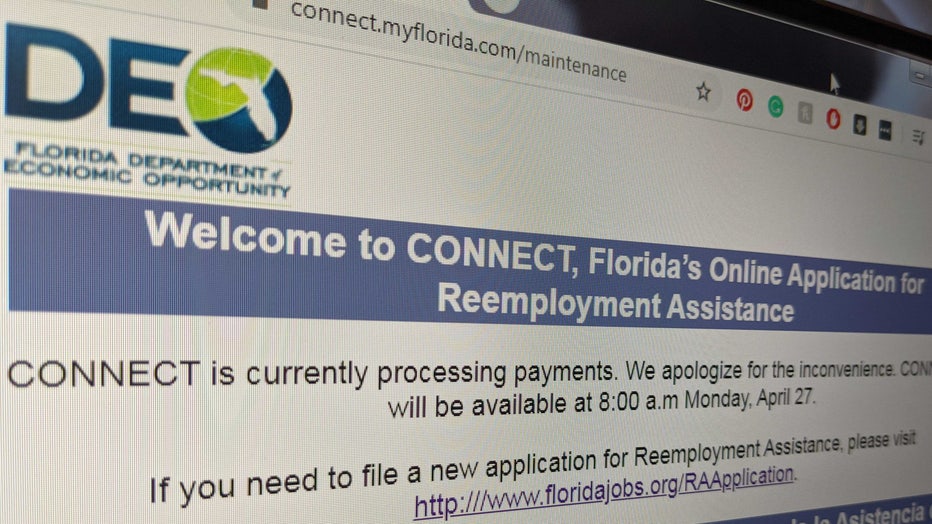 Gov. Ron DeSantis has said the state is open to working with other employers that have large numbers of workers facing temporary unemployment so information could be downloaded at off-peak times.

Visitors to CONNECT, which cost $77 million to get online in 2013, received a message Friday saying the site will be available at 8 a.m. Monday.

Satter said wait times have improved, but he expects there could be a crush when the system returns on Monday.

“Quite frankly, the more checks we issue, the less questions we’ll have,” Satter said.

Related: Florida is among the slowest states to process unemployment claims

When the week started, just 6 percent of applications had resulted in payments.

The website must also be used by people who might not qualify for state relief but are eligible for $600 weekly checks as part of federal stimulus efforts.

The state advised the U.S. Department of Labor that it received 505,137 new applications last week and as of Friday had received 1.8 million claims since March 15, of which 701,740 had been confirmed as “unique.” In some cases, people filed more than one claim as they struggled with the state system.

Satter said the system this weekend will also undergo some “software retooling to make things a lot more efficient.”