Fresh off the tap at Flower Crown Kombucha

TAMPA, Fla. - It seemed to be fate when the owners of the Flower Crown Kombucha – all from different parts of the U.S. – found each other in Tampa and quickly came up with the idea for their taproom.

Located in Tampa Heights, Flower Crown Kombucha is where experimentation takes place and delicious kombucha flavors are produced. Simply put, kombucha is fermented tea, explained one of those owners, Phil Smith. Many people drink it for the probiotic benefits.

"We use an organic green tea, organic black tea, organic cane sugar and then reverse osmosis water," he explained. "It’s a live culture and bacteria and yeast. Good bacteria. A lot of people talk about it being extremely good for your digestive system. It’s just super rich in probiotics. We ferment is similarly as we ferment beer, the resulting product is non-alcoholic."

But, they are planning to introducer an alcoholic line of kombucha here as well – or kombucha with a kick. The space inside Flower Crown Kombucha has been described as both comfortable and inviting. It's also available to rent for special events.

Phil, Dan Anderson and Bryan Griffin all came together and concocted the idea of a kombucha taproom. Bryan is a Tampa native, but Phil is from Washington state and Dan is from California. They moved out here to work but divine intervention brought them together.

"Consequently, we all ended up finding the same church," Dan said. "That’s how we all met each other. We’re getting into the same small groups and we like the same activities, so we just kind of started overlapping in multiple spheres." 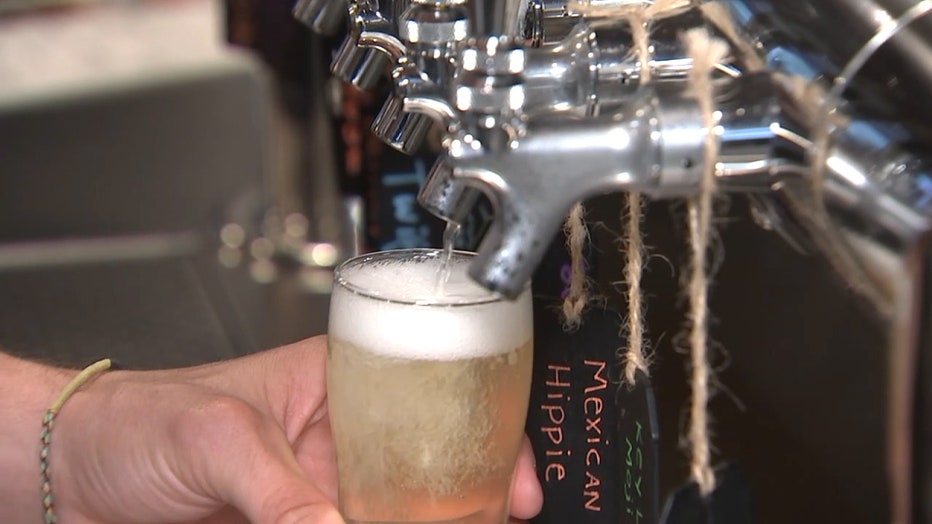 And it all led up to the taproom now located on North Franklin Street.

"There’s a lot of large kombucha breweries but the kombucha industry is following the craft beer industry in that you’re moving from big producers to taprooms," Bryan described. "That’s what our taproom allows to happen. More experimentation. We have people in and taste kombucha right off the tap. It’s the best way you can get it."

Learn more about Flower Crown Kombucha by heading to their website.