WINTER HAVEN, Fla. - Randall Thompson never made it to the major leagues, but this former Toronto minor leaguer's idea has. Dugout Mugs popped into Randall's head while sitting on the bench coaching at his alma mater, Florida Tech.

"There was a bunch of loose bat barrels sitting in the dugout and I picked one up," recalled Thompson. "There's a natural cup to bat barrels. I just thought to myself that I could probably continue to extend the cup of that bat barrel and turn it into a pretty cool mug."

His mugs are carved from the same wood used in major league games and they've been a smashing hit.

Licensed by MLB, they're in every ballpark, but his business partner Kris Dehnert wasn't convinced at first. 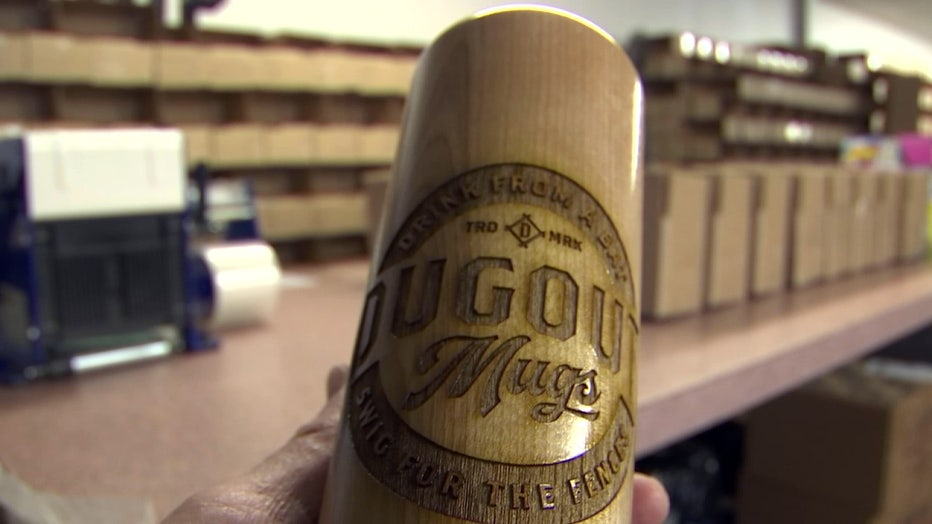 "Yeah, he showed me this mug and I thought it was a little strange," said Dehnert. "He said, ‘Make me a promise, walk around with it for a few days and then call me back.’ I walked around with it. I did what I said I'd do and people just ate it up."

"To this day I still think we are perfecting it," said Thompson.

A Polk County company is putting new use to old baseball bats and they're unlike almost anything you've ever seen. Dugout Mugs, in Winter Haven, hollows out the barrels of baseball bats to make drinking mugs.

Dugout Mugs is a very charitable company. One of their most recent ideas is that they bought up boxes of 1989 un-opened baseball cards and they plan to put a pack in every order. There could be something very valuable in there.

What they are most proud of is their Cheer to Charity campaign where they donate part of their profits to a charity in need.

"We donate money right up front," said Dehnert. "Then we run a special promotion. A special mug like we did with Mariano [Rivera, the Yankees’ Hall of Fame pitcher]. We sell that mug for the month. Then the proceeds go towards his charity." 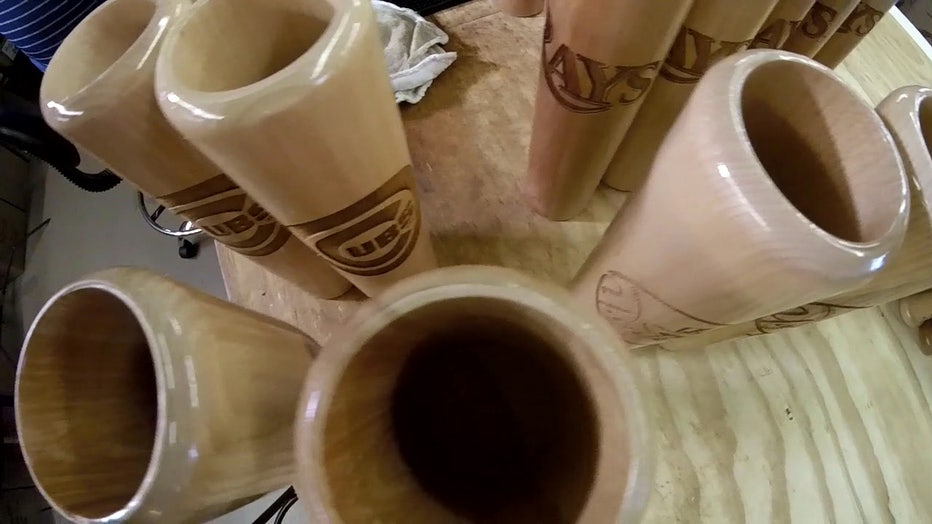 They've made mugs and raised money for some of the biggest names in baseball from a small town in Central Florida where the idea was cultivate and carved .

LINK: For more information you can find them at www.dugoutmugs.com