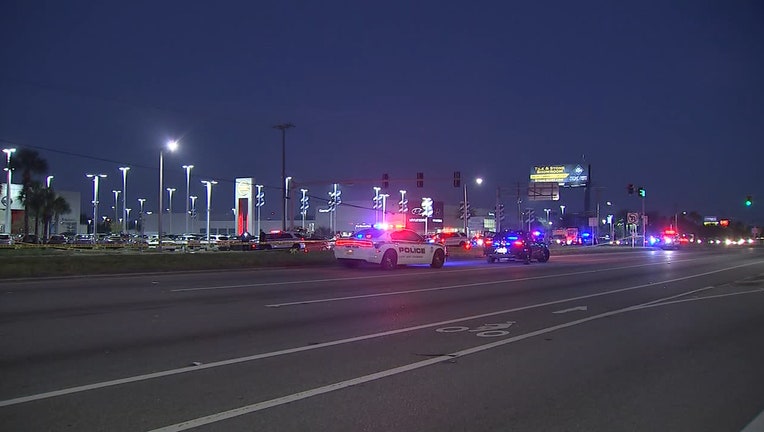 TAMPA, Fla. - Tampa police detectives say they are looking for a damaged van they believe hit and killed a pedestrian Tuesday morning along Hillsborough Avenue.

It happened just after 5 a.m. in the westbound lanes of Hillsborough Ave. near the Dale Mabry Highway intersection. A portion of Hillsborough Avenue was closed for several hours after the van hit a 57-year-old man walking along the roadway.

Investigators say they are looking for a 1999-2007 Ford E-Series van with damage to the front driver's side, including a destroyed headlamp assembly.

Police believe the van took off eastbound on Hillsborough Avenue.

Crime Stoppers of Tampa Bay is offering a reward of up to $3,000  for information that leads to the identification and arrest of the suspect in this case. Anyone with any information regarding this case and who wants to be eligible for a cash reward is asked to call Crime Stoppers first at 1-800-873-TIPS (8477) or report anonymously online at www.crimestopperstb.com.