TAMPA, Fla. - A cold front sweeping through Florida on Thursday will likely bring one of the coldest Christmas days the Tampa Bay region has seen in a long time.

On Christmas Eve, the best chances of rain will be between 5 p.m. and 9 p.m. with the possibility of isolated severe storms, explained FOX 13’s meteorologist Dave Osterberg.

"It’s not just one confined area. It’s basically the entire state," he explained. "I really urge you to keep an eye on things tomorrow. A lot of people go out and about on Christmas Eve and we’re going to have that line of rain we’ll have to contend with." 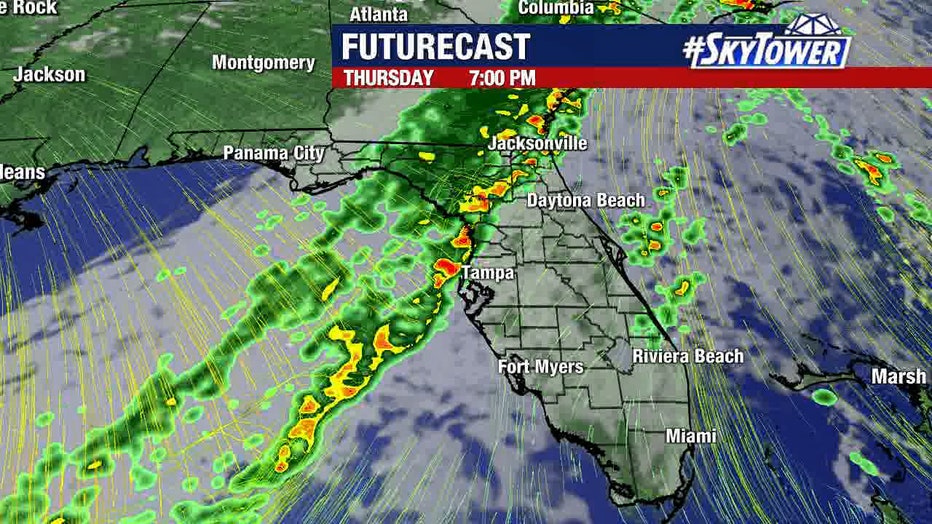 Around Thursday afternoon, it will start to cloud up over the Bay Area, Osterberg described. The line of rain and thunderstorms should be around Tallahassee around 1 p.m. before sliding south and east to our area.

"It’s gone by Christmas morning and colder air really sets up shop and hangs around for the entire weekend — not just for one day but for the entire weekend," Osterberg said. "One issue that I have to throw your way is the severe risk for Thursday. It’s really about the entire state. We’re quiet until tomorrow evening."

It may not be anywhere near the coldest Christmas on record, but it’s going to be cool this year. The high temperature is projected to be 59 degrees with a low of 46. The average high is typically a high of 71 degrees.

The coldest Christmas Days on record for Tampa were: 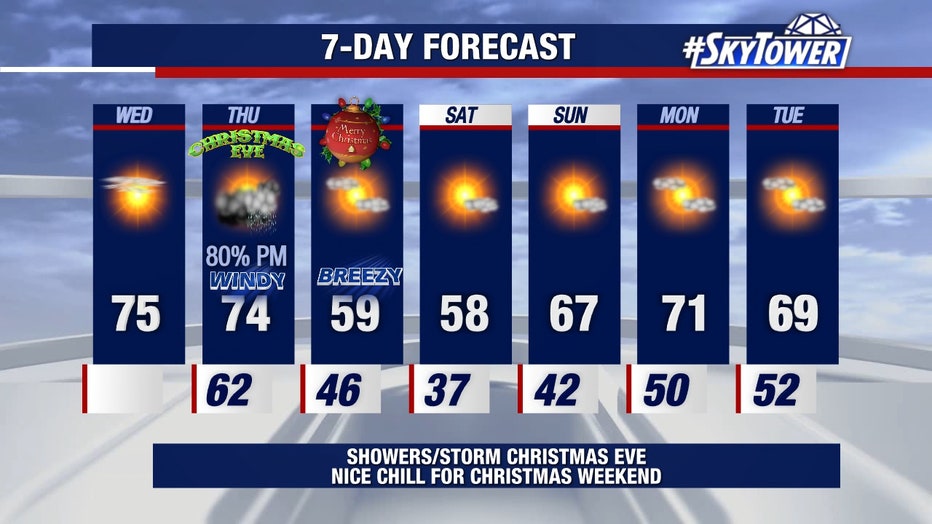 By Saturday, the current forecast shows it will be even colder. The low will be 37 degrees, with a high of 58.

"Don’t be surprised," Osterberg warned, "to have freeze warnings for our northern counties on Saturday morning."