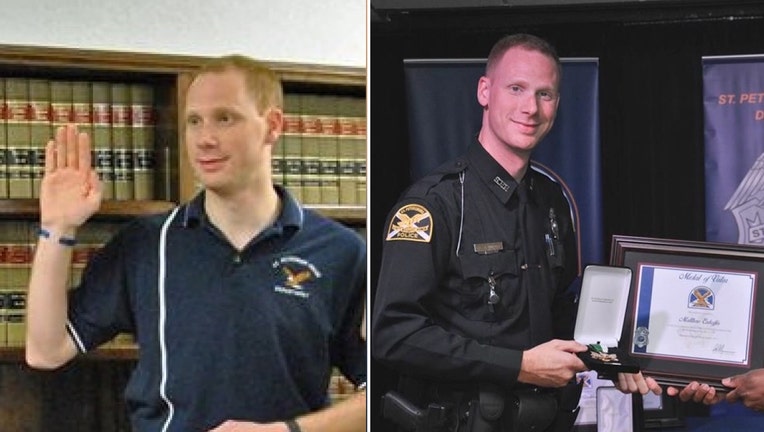 Enhoffer had been arrested back in September 2019 by Homeland Security agents after a months-long investigation.

An unspecified web application submitted a tip to a law enforcement hotline in July 2019, reporting two suspected images of exploited children had been uploaded to the app.

Agents obtained a search warrant for Enhoffer's home and seized a MacBook that contained several images of child pornography, as well as messages with an unidentified person discussing the photos.

"When a police officer takes the oath, he or she takes the oath that they are going to protect the citizens out there, especially our youth," Holloway said. "We're talking about kids here, and if this allegation is true, I don't want him here."

Enhoffer resigned from the police department following his arrest in September.