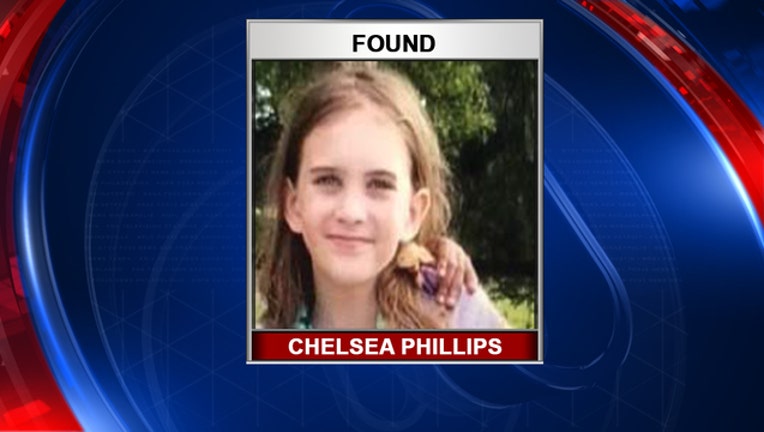 A Florida Missing Child Alert has been issued for a 9-year-old girl from Marion County.

Authorities issued the statewide alert Friday morning. Chelsea Phillips was last seen around 2 p.m. being dropped off by her school bus near her home in the 2400 block of NE 165th Street in Citra.

Marion County deputies say she was last seen wearing a multi-colored, floral top with tan shorts and brown sandals. She has a birthmark on the back of her neck. Investigators said she left in an unknown direction of travel.

She is described as being 55 pounds, 4’09 feet tall, and has brown hair and blue eyes. Anyone with information is asked to call 911.