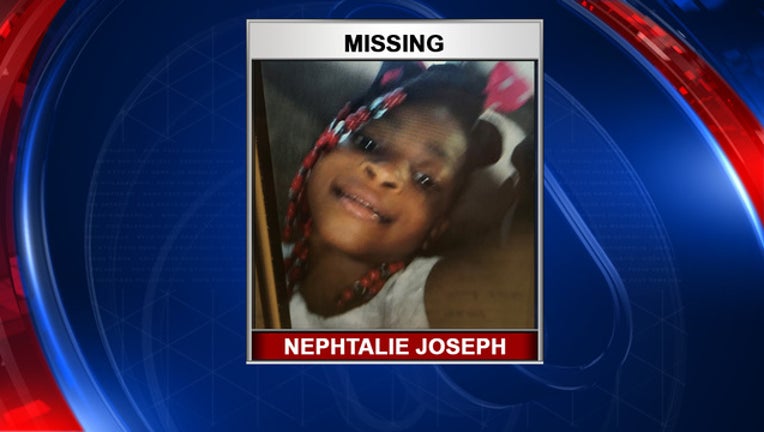 WINTER HAVEN (FOX 13) - UPDATE: Nephtalie Joseph was found at a nearby church is unharmed, according to Winter Haven police. They said her drop-off location was adjacent to the gate entering Garner Elementary School. She was found at the Philadelphia Haitian Baptist Church located at 2395 Avenue G NW, which is about 1.5 miles away from where she was last seen.

A 6-year-old from Winter Haven is missing after she dropped off for school.

Winter Haven police are searching for Nephtalie Joseph. They said she was dropped off at the corner of Havendale Boulevard and 26th Street NW on Friday morning at about 6:50 a.m. She didn’t report to Garner Elementary School and has not been seen since. The school is within a mile of where she was last seen.

Nephtalie is described as a black female. She was last seen wearing a pink shirt, blue jeans and has braided hair with red and white beads in the braids. She speaks Creole. It has not been reported who dropped her off to school.

Police ask anyone with information Nephtalie’s whereabouts to call 911 immediately.