From concert violinists to the organist at the Tampa Bay Lightning, those who fill our ears with beautiful music are struggling to make ends meet during the pandemic.

TAMPA, Fla. - The financial troubles brought by the pandemic have damaged even the most joyous of industries. Those who fill our world with music have been left with empty calendars and pockets as events that incorporate the arts are canceled.

Many of them are self-employed and have found themselves with few alternatives to make a living. FOX 13 News spoke with two musicians who have suffered financially and emotionally during the pandemic.

Violinist Beth Argiro says there's no feeling like the one she gets when she plays for a bride walking down the aisle.

"It is a high, basically, when you get to play," Argiro said.

She's been feeling low, though, because her Crystal River company, And l Love Her Violins, went from booking 80 weddings last year to 19 this year.

Like Argiro, Krystof Srebrakowski gets a high when he plays. Sitting at the organ atop Amalie Arena, he gives thunder - the crowd at Tampa Bay Lightning games - its energy. 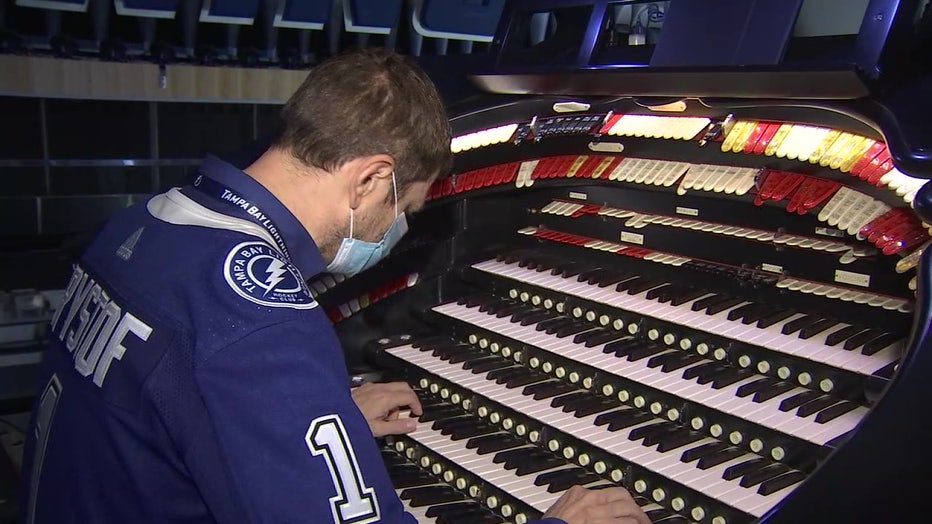 "It is a hockey tradition, hearing that organ sound, hearing 20,000 people in the arena clapping for the team," Srebrakowski said.

We all miss hockey, but the silence is especially deafening for him because he has booked only 120 events this year, mostly in January and February, as opposed to his usual 300.

"Most of us freelancers and gig workers can't go forever like that," he said.

Like other freelancers, he has been living on savings and the $137.50 he gets per week from the Federal Pandemic Assistance Program.

But once he books a single gig, he loses the benefit for that week, no matter how much it pays.

"That is the flaw of the system lawmakers need to look at urgently," he said.

Freelancers are waiting to see if Congress provides another bump of one-time checks or reinstates the $600 weekly benefit.

"If they don't, millions of us will be on the streets in January."