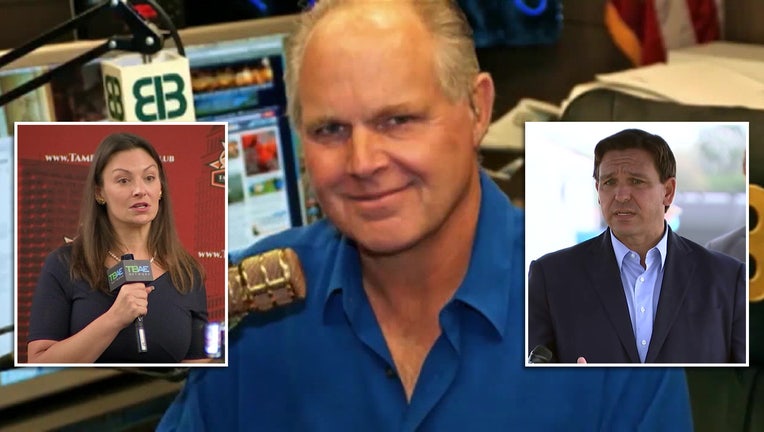 Following Limbaugh’s death from lung cancer last week, the Republican governor told a crowd of West Palm Beach supporters that he would celebrate Limbaugh’s legacy by ordering state flags to fly at half-staff.

"When there's things of this magnitude, once the date of internment for Rush is announced, we're going to be lowering the flags to half-staff," DeSantis said during a campaign-style event at the Hilton Palm Beach Airport.

Agriculture Commissioner Nikki Fried, the only statewide-elected Democrat, immediate blasted the idea. Monday, she responded with an order to the offices under her control.

"Lowering to half-staff the flag of the United States of America is a sacred honor that pays respect to fallen heroes and patriots. It is not a partisan political tool," she wrote. "Therefore, I will notify all state offices under my direction to disregard the governor's forthcoming order to lower flags for Mr. Limbaugh – because we will not celebrate hate speech, bigotry, and division."

Is Nikki Fried planning to challenge Governor DeSantis in 2022?

In a new minute-long video, Florida Agriculture Commissioner Nikki Fried, a Democrat, pulls no punches in attacking the governor's response to the COVID-19 pandemic.

Fried, who is widely assumed to be considering a run for governor, pointed out that flag protocol generally reserved such honor for federal officials and prominent state leaders, along with law enforcement, firefighters, and members of the armed forces.

"Lowering the flag should always reflect unity, not division, and raising our standards, not lowering them," she continued. "Our flags will remain flying high to celebrate the American values of diversity, inclusion, and respect for all."