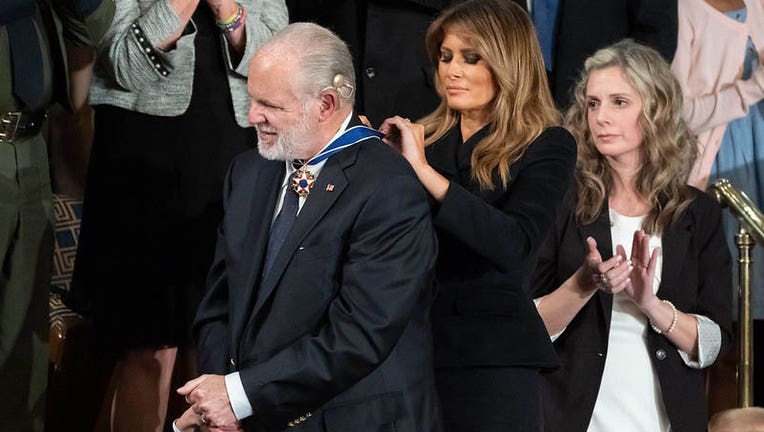 "When there's things of this magnitude, once the date of internment for Rush is announced, we're going to be lowering the flags to half-staff," DeSantis said during a campaign-style press event at the Hilton Palm Beach Airport in West Palm Beach.

In a statement Wednesday, DeSantis praised Limbaugh for having an ability to "connect with his listeners across the fruited plain --- the hard-working, God-fearing and patriotic Americans who were and are the subject of derision and ridicule by the legacy media."

Agriculture Commissioner Nikki Fried, a Democrat who is widely rumored to be considering a run against DeSantis next year, contrasted the governor’s response to Limbaugh’s death with the passing in July of John Lewis, a civil rights icon and member of Congress from Georgia.

"@GovRonDeSantis is lowering Florida's flags to half-staff for Rush Limbaugh. But he had no words for Congressman John Lewis. Priorities," Fried tweeted on Friday.

DeSantis sent out a tweet offering condolences a day after Lewis died. The tweet came hours after DeSantis, while in St. Augustine, declined to respond to a reporter’s question about Lewis and a local controversy regarding a Confederate memorial.