This weekend marks the start of sea turtle nesting season along the beaches in the Sunshine State.

CLEARWATER, Fla. - Every sea turtle season, state wildlife officials remind beachgoers the importance of keeping hatchlings safe as they make their way to the ocean or the Gulf on their own.

Over the weekend, the Florida Fish and Wildlife Conservation Commission issued that same reminder, saying sea turtles are hatching along the Sunshine State beaches. Sea turtle season falls between March 1 and October 31.

"It is important to keep your distance from sea turtles and their nests on the beach," according to an FWC statement. "Sea turtles are protected, so you should allow hatchlings to crawl toward the ocean on their own. Any interference or disturbance, including getting too close, can cause hatchlings to become confused and lose their way."

Officials also said bright lights from buildings, cell phones or cameras can cause baby turtles to become disoriented, and they can stray away from their destination.

"If they are unable to reach the ocean quickly, they can become dehydrated and exhausted, making them an easy meal for predators," according to FWC. 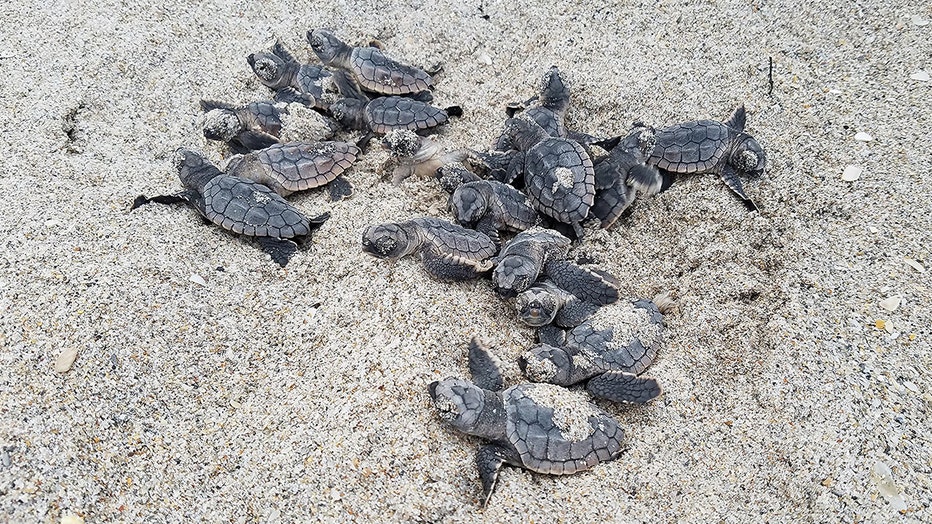 "Interfering with a sea turtle hatchling’s trek to the ocean can have fatal consequences," FWC sea turtle biologist Dr. Robbin Trindell said in a statement. "It’s very important to leave them undisturbed. By keeping beaches dark, beachfront buildings dark and giving sea turtles space, we can make sure that our children and grandchildren can also enjoy watching them make this amazing journey."