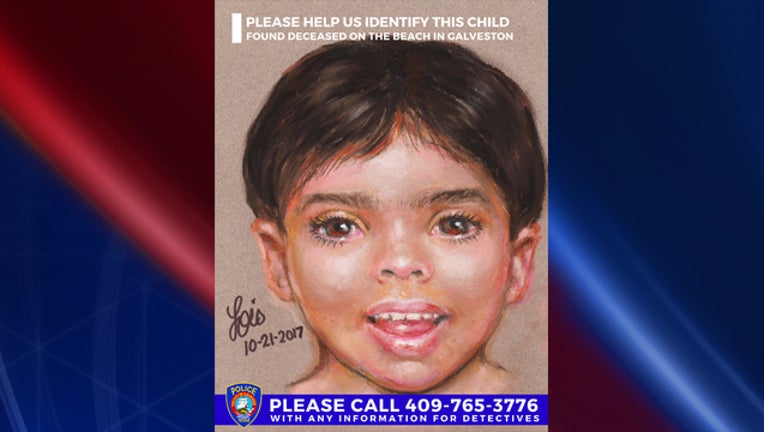 GALVESTON, Texas (FOX 26) - The Galveston Police Department has released a composite sketch of the young boy whose body was found on the beach near the seawall on Friday night.

Officers recovered the child's body on Friday after someone contacted police and reported seeing it on the sand by the water near the intersection of 7th Street and Seawall Boulevard. No one had reported a child missing.

Galveston police, in addition to other local and federal agencies searched their missing person databases and found none matching the description of the child whose body was found.

The Galveston Police Department enlisted the help of veteran forensic artist Lois Gibson to develop a sketch of the child who had died. He is described as standing at an approximate height of 3-feet tall with a slender build, black hair and brown eyes.

Until autopsy results are available, Galveston police say the case will be treated as a homicide.

Anyone with information related to the case or who know the identity of the child is encouraged to contact Galveston police by phone at 409-765-3776 or Galveston County Crime Stoppers at 409-763-8477 (TIPS).