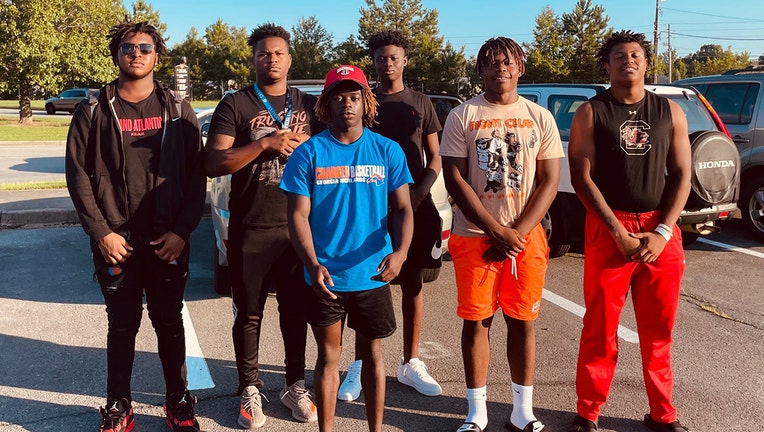 A group of Rome High School football players quickly jumped into action to help save a woman who had just been in a serious car crash. (Rome Police/Facebook)

ROME, Ga. - A group of Georgia high school football players quickly jumped into action to help save a 50-year-old woman who was involved in a serious car crash.

Smoke was seen pouring out from under the hood and fluid was pouring onto the intersection. The door of the vehicle was jammed, and the woman was unable to get out.

"We all knew we had to get her out before something worse would happen," Adams told Fox 5 Atlanta.

As math teacher Luis Goya was calling 911 after seeing the incident himself, the athletes rushed to go help the woman to safety.

"They literally started using their strength to pry the door open, so the lady could be released. After a few seconds of pulling and pushing the door, the boys ended up opening it and helped her get out of the car. She was shaking and still in panic, but our RHS boys gave her comfort and were able to help her," Goya wrote in a Facebook post. 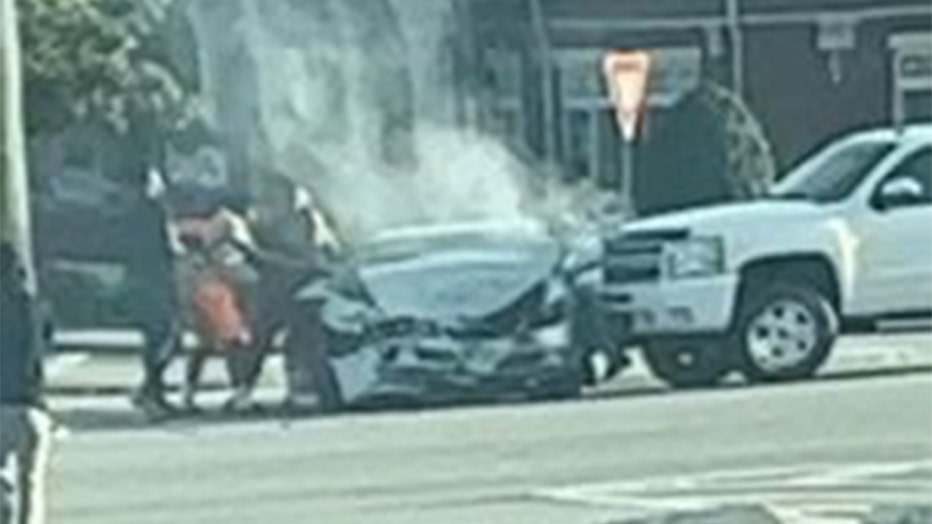 As math teacher Luis Goya was calling 911 after seeing the incident himself, the athletes rushed to go help the woman to safety. (Rome Police/Facebook)

"The Rome High School football players really showed up today. They went above and beyond to help this lady without hesitation," he continued.

The crash involved a small silver car that was hit after another car pulled out in front of it, Rome Police said.

The crash and rescue was caught on video by cameras at the school.

"When I saw the video I was like, oh my gosh, these kids really did run right into danger and have a sensational event where they helped a lady out of a car that could have caught fire," Coach John Reid told Fox 5 Atlanta.

The woman was transported to a local hospital, according to police. She had suffered cuts and bruises and had to receive some x-rays, but is expected to be okay.

"Are they heroes? I bet they are to that woman and her family, to us, we're just really proud of them," Reid said.