He was hoping to get some life experience.

"I started college after I finished high school," Bamberg says.  "And, it turns out, I wasn't quite ready for it.  So, it gave me a chance to grow in the military."

The 69-year old spent a year in Vietnam, based in Saigon.

About 5 miles away, Bamberg says, soldiers were using the herbicide mixture known as "Agent Orange" to kill off the heavy jungle vegetation.

Back then, he says, no one thought about cancer.

They've been together 45 years.

Bamberg says he never thought about Agent Orange until around 2012, when he went to Kaiser Permanente for a checkup. 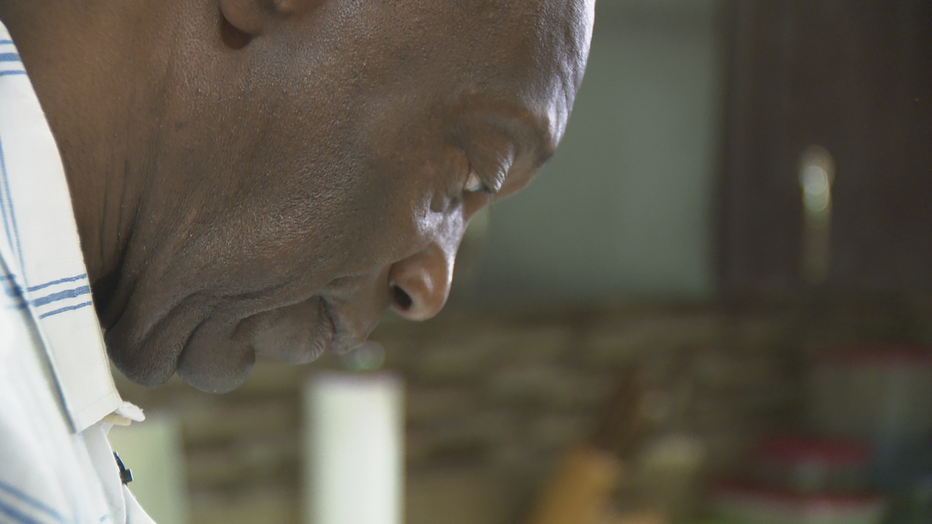 He got a blood test, known as a prostate specific antigen (or PSA) screening.

So, he was asked to see me regarding that blood test, because it can be a sign of prostate cancer," Dr. Mason says.

Bamberg underwent a biopsy of his prostate gland, which came back normal.

"But, I like to tell my patients that doesn't mean you don't have cancer," Dr. Mason cautions.  "That just means that your biopsy didn't show any cancer. So, we continued to follow his PSA."

That's when Bamberg began reading about Agent Orange, which was widely used during the Vietnam War.

He learned the Veterans Administration has linked the herbicide mixture to close to 15 different cancers, and a host of other health conditions.

When his PSA level went back up, about a year after the first results were flagged, he underwent another biopsy.

"In his case, he had a worrisome cancer," Dr. Mason says.  "Not that it had spread to anywhere else in the body.  But it was enough of a concern to proceed with actual treatment."

"He's been under surveillance since then and shows no sign of disease," Dr. Mason says.

But, Bamberg , who also has type 1 diabetes, another condition the VA has linked to exposure to Agent Orange, believes he was exposure to what is now a known carcinogen during his time in Vietnam.

He's filed a disability claim with the VA.

"Their determination was 50%, 50% disabled from Agent Orange," he says.

He encourages other vets to read more about Agent Orange, which, he says, could affect him for life.

"And even though I am well today, it's going to be lifetime to follow up and see if I need treatment or is there going to be a recurrence or something," Bamberg says.

To learn more about illnesses related to Agent Orange and what disability benefits are available through the U.S. Department of Veterans Affairs, click this link.