Ross McGee, of The Club at the Strand golf course and country club, captured video of a very large bear strolling through the neighborhood near the greens on Father's Day.

NAPLES, Fla. - A golf operations employee at The Club at the Strand golf course and country club spotted a large black bear taking a stroll through a residential area of Naples in southwest Florida Sunday.

Ross McGee spotted the bear climbing a fence and then walking across a roadway into a resident's driveway. 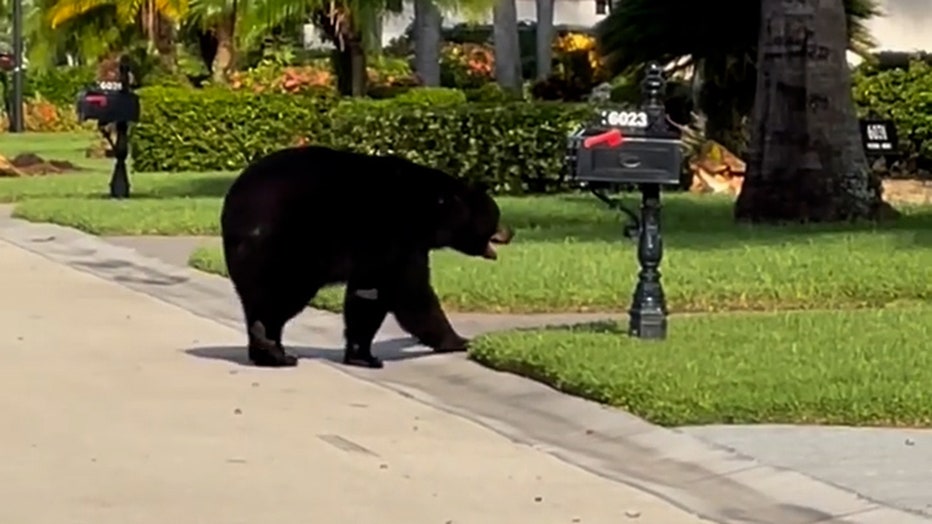 McGee said he was on a golf cart and stayed a safe distance away while he recorded the video. But he said he was ready to take off if the bear were to show interest in coming his way.

According to the club's post on Facebook, bears have been spotted on the course before, but this was the largest one yet.

Club general manager Elvis Gooden, Sr. said, "that size bear I would expect to see at the zoo, not roaming our community, especially during the daytime." 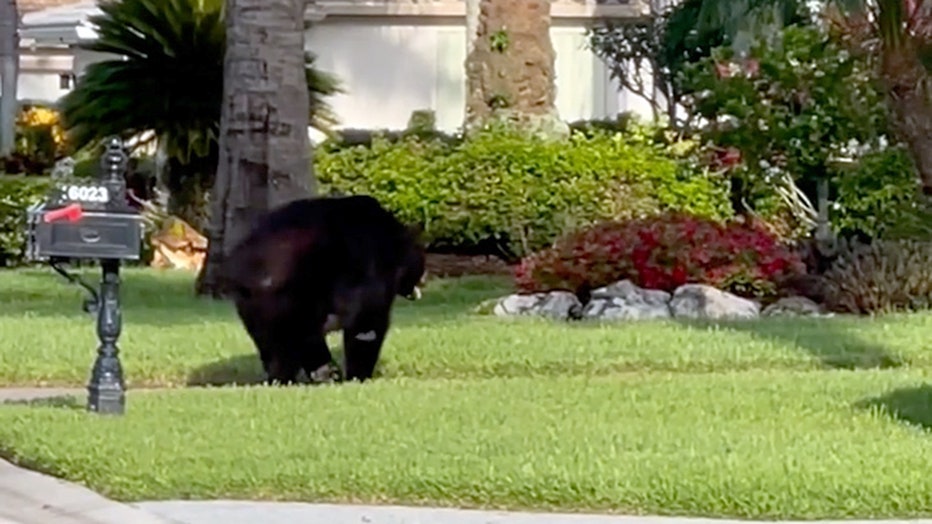 Gooden added that McGee left the bear to warn neighbors and pedestrians in the area to keep a safe distance from the wild animal.

"Smaller bears have been sighted along with their cubs, playing in the trees," Gooden said. "We just need to respect them since we are all sharing the same space."

The club urged residents and golfers to be aware of their surroundings and to stay very clear of bears and other wildlife.

"We share a home with these natives!" they said.

According to the Florida Fish and Wildlife Conservation Commission (FWC), black bears are the only type of bear found in Florida. FWC the presence of a black bear does not represent a problem and that living in black bear country can provide unique and rewarding experiences. FWC says rhe best way to enjoy wildlife like the Florida black bear is to keep them away from food sources like garbage, pet food, and bird seed.