WINTER PARK, Fla. - Now that greyhound racing is over in Florida, and most of the United States, the need for adoptive homes has eased. But there are countless greyhounds across the Atlantic that need homes, and a greyhound rescue group called Greyhounds in Motion, based in Winter Park, Florida is stepping up to help.

James Farrell, of Orlando, adopted two Spanish greyhounds called galgos from Spain named Lizzie and Ellie. He says they were shy at first, but are very affectionate now, despite how their lives started.

Farrell said Lizzie was found on a trash heap with her puppies when rescue group Galgos del Sol got her.

Galgos del Sol is an organization based in Murcia, Spain. It rescues dogs from the streets, gives them the medical care they need, and adopts them out to loving homes when possible.

Tina Solera founded the organization after moving to Murcia in 2007 and learning that galgos were being used, abused and discarded by Spanish hunters known as galgueros.

Solera says the dogs are not considered pets, and when the hunters are done with them, they get rid of them. 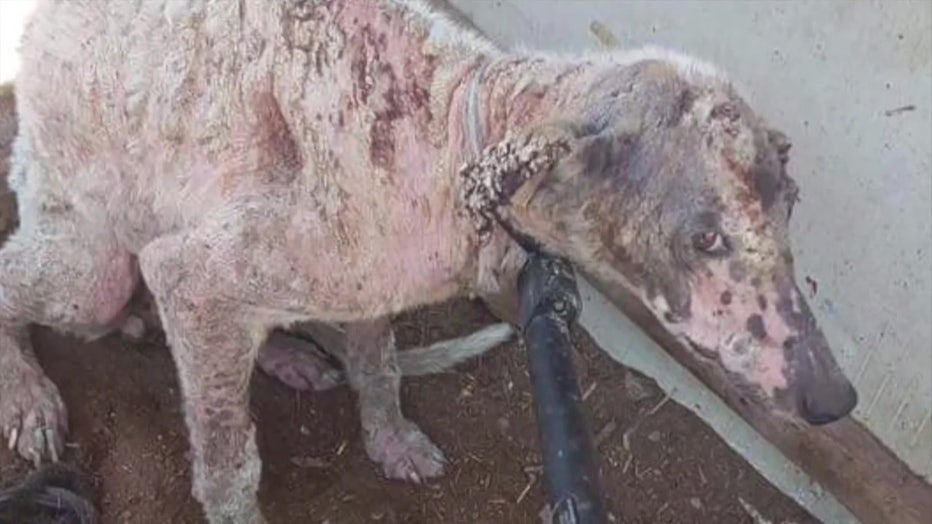 Because so many galgos roam the streets, fending for themselves, they get hit by cars and injured in many ways. Most dogs are so frightened, they have to be trapped.

Many come in with broken legs, broken backs, broken necks," she explained. "They're literally running on two broken legs and you still need a trap to catch them. The adrenaline is so high and they're so terrified." 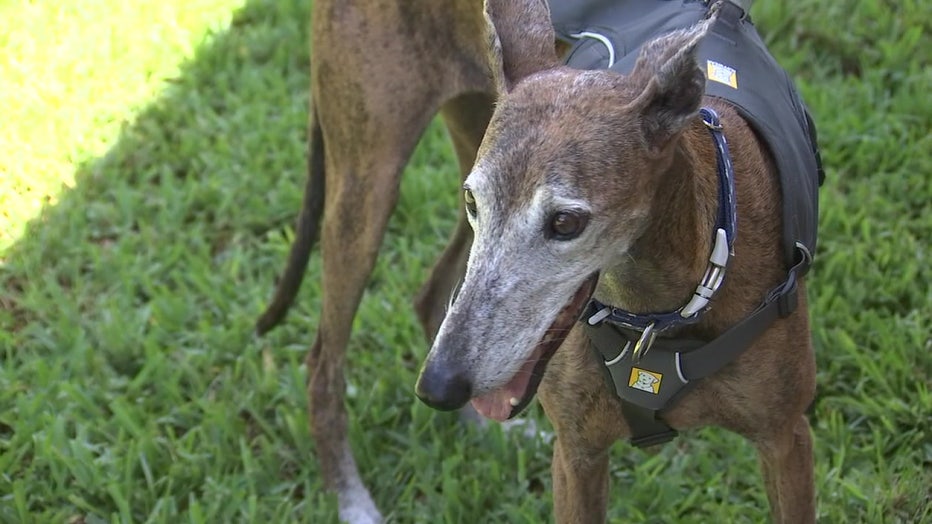 Once the dogs are at Galgos del Sol, their rehabilitation begins, and the lucky ones get adopted through groups such as Greyhounds in Motion.

Volunteers travel to Spain to pick up the dogs and fly them to Miami. Greyhounds in Motion has brought in 120 dogs since 2019, not just galgos, but also podencos, a type of hound that is also used for hunting in Spain. 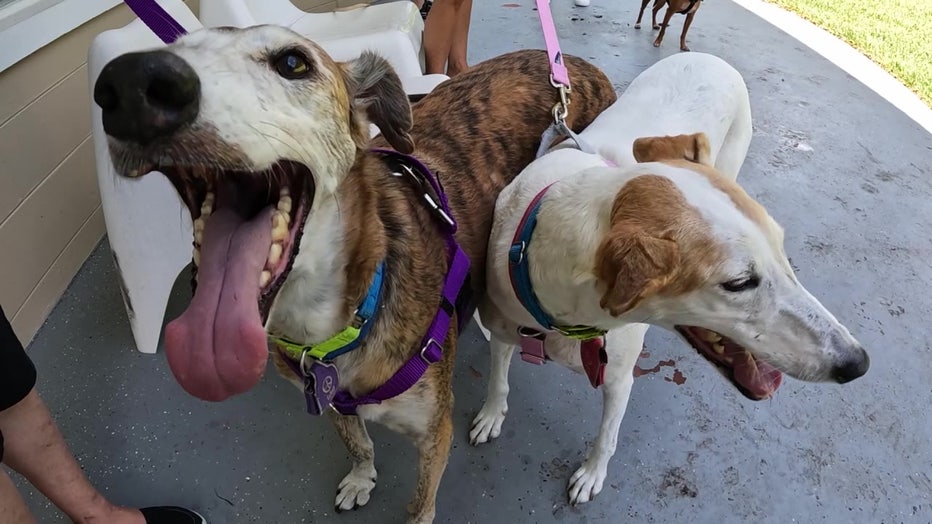 "They're known as the ‘Breakfast Club’ because of the way they were named," Vick stated. "They just made themselves at home. Never had an accident in the house. Never chewed anything."

To see these healthy, happy dogs now, it's hard to believe they were near death when they were found in a dumpster in Spain. Greyhounds in Motion Adoption Coordinator Natalie Diaz was there and says she had never seen dogs in such horrible condition.

"The best way I can describe them is they smelled like death," Diaz shared. "Their mange was so bad. Their ears were encrusted with ticks."

Pancakes and Waffles survived. They made it to Florida and are thriving, just like Lizzie and Ellie.  Solera says groups like Greyhounds in Motion are critical to her rescue because they often take the special needs cases. 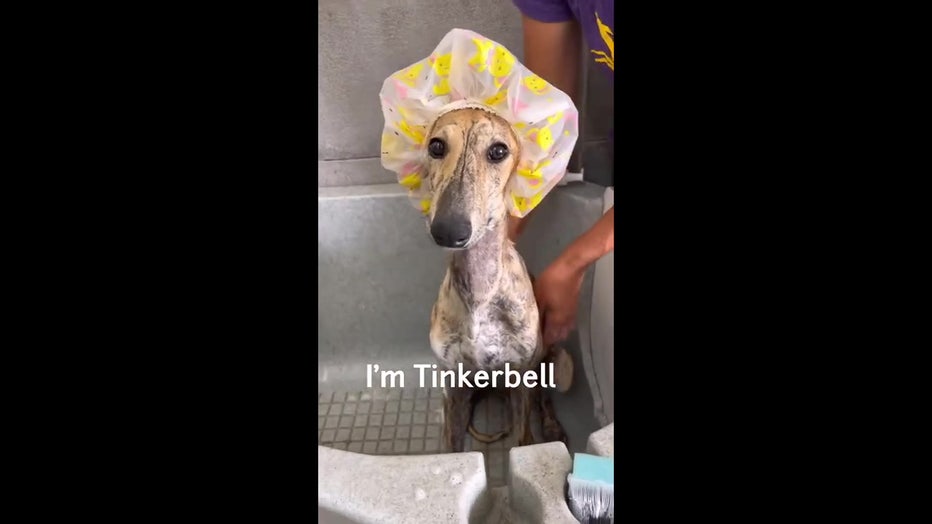 "Reactive dogs. They'll take dogs with two broken legs. Dogs with plates in their backs. They'll take dogs being treated for disease," Solera explained. "We can't get them homes here in Spain, so if it wasn't for Greyhounds in Motion, those dogs would spend the next 10 years in kennels."

Solera aspires for all her dogs to go from "street life to the sweet life."  James Farrell says that's definitely how it turned out for his galgos.

"They have a great life now. They definitely have a sweet life," he said.

LINK: Learn more about Spanish galgos and podencos and how to adopt one at https://galgosdelsol.org/.