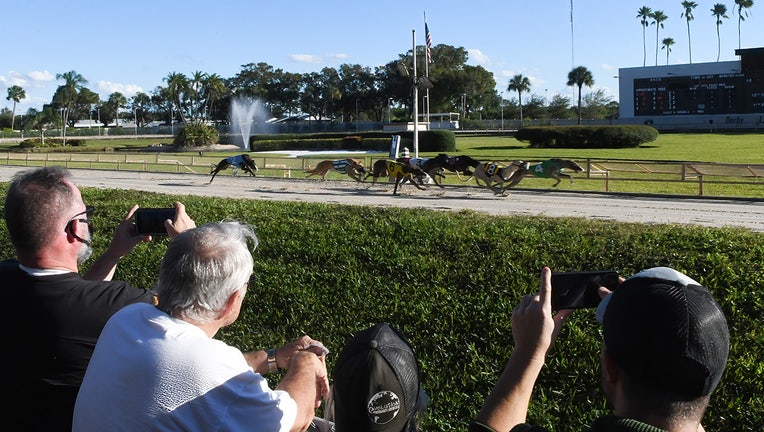 Racing fans watch as greyhounds cross the finishing line during the final program of greyhound races at Derby Lane, the oldest continuously operating greyhound racetrack in the United States. (Photo by Paul Hennessy/SOPA Images/LightRocket via Getty

Judge Angela Dempsey issued a 12-page ruling that granted summary judgment to the state Department of Business and Professional Regulation in the lawsuit filed in 2019 by Christopher D’Arcy, a Pinellas County greyhound-kennel owner.

Florida voters passed the ballot measure to stop greyhound racing at pari-mutuel facilities. Attorneys for D’Arcy contended that he was entitled to compensation because the measure led to a taking of his property.

"The scope and impact of the regulation was so devastating to the plaintiffs’ (D’Arcy and the kennel’s) interest in their private property that they would have been better off financially if the state had taken actual physical possession of all the property and thus saved the plaintiffs the cost in caring for the animals until he was able to place them, also at additional cost, for adoption," the plaintiffs’ attorney wrote in an October filing.

But Dempsey rejected the arguments, writing, in part, that the ballot measure only prohibited greyhound owners from using the dogs to race at Florida pari-mutuels.

Federal courts also have rejected a lawsuit filed by parts of the greyhound industry after the ballot measure passed.