GULFPORT, Fla. - At Stella’s in Gulfport, owner Barbara Banno says the impact of the pandemic last year was pretty severe.

"And it was the locals that came out and really supported us and got us through it, and all of the small businesses, we really pulled together during that time," she said.

Now it’s time, she says, to give a little of that back.

Gulfport Mayor Sam Henderson announced the city is using $410,000 from the federal American Rescue Plan Act funding to create a program that will help boost the local economy. 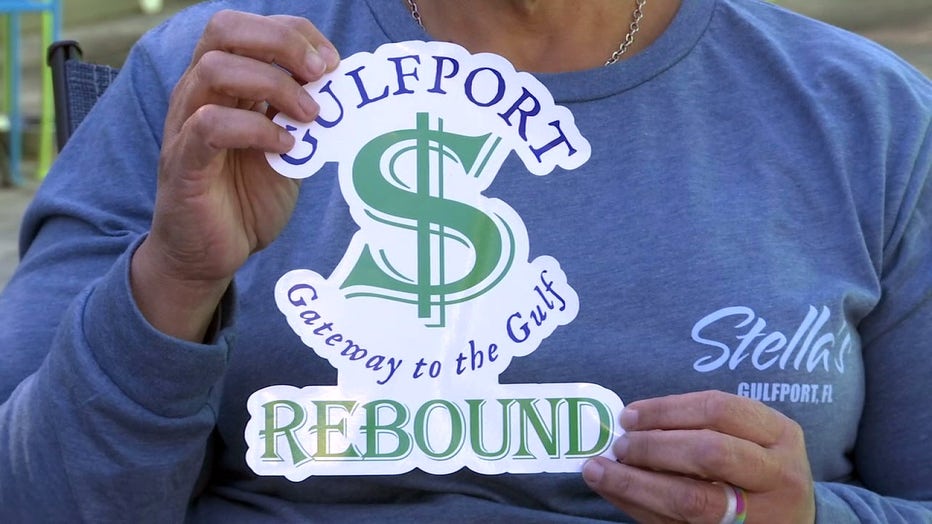 An example of the sticker shown by participating businesses.

"We wanted to put money directly in people’s pockets at a time of year where most of us could probably use it," the mayor said in a pre-recorded video on the city’s website.

Starting December 10, the city is sending out $25 gift cards by mail to Gulfport residents – totaling $50 for each household. Those gift certificates can be spent at any participating business in town – identified by a sticker in the window – until January 10.

Both Barbara and neighboring business owner Kelly Wright have signed up.

It's been called artsy, charming, and welcoming, and it has some fun boutiques and great restaurants. This Drone Zone segment takes us above the waterfront city of Gulfport in southern Pinellas County.

Businesses that receive gift cards as payment can redeem them for a cashable check from the city.

"It isn’t costing the businesses or the residents anything. The money is going back into the community," said Wright, who co-owns North End Tap House, right next to Stella’s.

"There are eligibility requirements, like you have to have been impacted by COVID, but once you apply, you get onto a list which goes out to the residents along with the vouchers," Wright said.

The deadline to apply as a business to be a part of the program was extended to Monday, November 29.

LINK: Details are at: https://mygulfport.us/rebound/