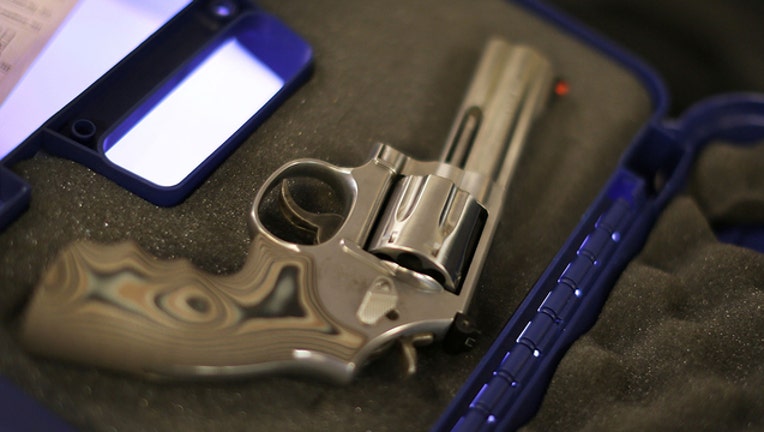 Gun injuries, including many from assaults, sent 75,000 U.S. children and teens to emergency rooms over nine years at a cost of almost $3 billion, a first-of-its-kind study found.

Researchers called it the first nationally representative study on ER visits for gun injuries among U.S. kids. They found that more than one-third of the wounded children were hospitalized and 6 percent died. Injuries declined during most of the 2006-14 study, but there was an upswing in the final year.

The researchers found that 11 of every 100,000 children and teens treated in U.S. emergency rooms have gun-related injuries. That amounts to about 8,300 kids each year.

The scope of the problem is broader though; the study doesn't include kids killed or injured by gunshots who never made it to the hospital, nor does it count costs for gunshot patients after they're sent home.

"I don't know what more we need to see in the world to be able to come together and tackle this problem," said Dr. Faiz Gani, the lead author and a researcher at Johns Hopkins University medical school.

The study is an analysis of estimates on emergency department visits in a national database created by the U.S. government's Agency on Healthcare Research and Quality.

The researchers focused on victims under age 18; the average age was about 15.

Almost half the gun injuries were from assaults, nearly 40 percent were unintentional and 2 percent were suicides. There were five times more ER visits for boys than for girls.

"It's extraordinarily sad because these children grow up in fear and it affects their ability to feel safe and comfortable at home or in school. It has an enormous ripple effect on child development," said Sege, a Tufts University professor of medicine who was not involved in the research.

Pressure from the gun lobby has limited U.S. government funding for research on gun injuries and death, and that has led to big gaps in understanding the scope of the problem, said Dr. Denise Dowd, an ER physician at Children's Mercy hospital in Kansas City.

"It's really important that we have an idea of the magnitude of life lost and injured and how much money we are spending ... so we can prioritize it as a national health concern."

But she said much more needs to be known for prevention.

"We need national surveillance systems just like we do with motor vehicle deaths, to track these injuries and figure out the circumstances," she said.