Dr. Giselle Jamison, director of police science at St. Thomas Univesity, discusses the kidnapping of missionaries in Haiti in an interview on Oct. 29, 2021.

PORT-AU-PRINCE, Haiti - The remaining members of a missionary group who were kidnapped two months ago have been freed, Haitian police and the group said Thursday.

The spokesman for Haiti’s National Police, Gary Desrosiers, confirmed to The Associated Press that the remaining hostages had been released, but did not immediately provide additional details.

"We glorify God for answered prayer — the remaining 12 hostages are FREE!" Christian Aid Ministries said in a statement. "Join us in praising God that all 17 of our loved ones are now safe." 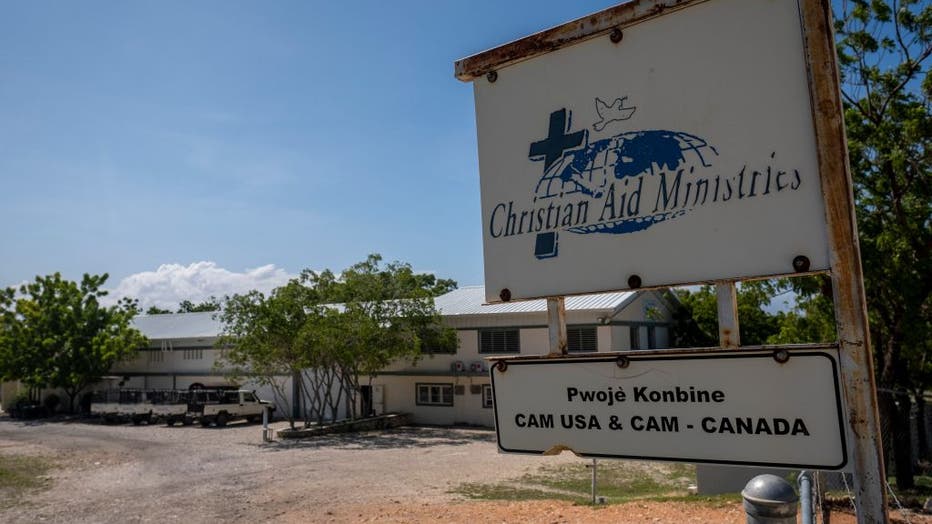 FILE - A sign stands outside the Christian Aid Ministries in Titanyen, Haiti, on Oct. 22, 2021. (Photo by RICARDO ARDUENGO/AFP via Getty Images)

Carleton Horst, a member of Hart Dunkard Bretheren Church in Hart, Michigan, where five of the hostages are members, said church members received a text message Thursday morning from "someone connected to the situation" that all of the hostages had been released.

A mother and four of her children who belong to the congregation were among the hostages. Horst, who is friends with the family, said the church is rejoicing and he’s "elated that that portion of things is finally over, just praise the Lord for that."

The missionaries were kidnapped by the 400 Mawozo gang on Oct. 16. There were five children in the group of 16 U.S. citizens and one Canadian, including an 8-month-old. Their Haitian driver also was abducted, according to a local human rights organization.

Two of the hostages were released in November, and three more earlier this month. They were not identified, but members of the Hart congregation told local media in Michigan two were from Hart.

In addition to Michigan, the hostages are from Wisconsin, Ohio, Tennessee, Pennsylvania, Oregon and Ontario, Canada, according to the missionary group.

"Today is the day we have been hoping for, praying for, and working so hard to achieve," said Congressman Bill Huizenga, whose western Michigan congressional district includes Hart. "I want to thank members of the hostage negotiation team for their diligence in securing the safe release of all the hostages. This is a great day for families in Michigan and across the nation who have been worried about the safety of their loved ones."

The leader of the 400 Mawozo gang had threatened to kill the hostages unless his demands were met. Authorities have said the gang was demanding $1 million per person, although it wasn’t clear if that included the children.

It remained unclear Thursday whether any ransom was paid or what efforts led to their freedom.