TAMPA, Fla. - Harbor pilots have one of the most unique jobs in the world, but it can also be one of the most dangerous. They don't fly planes, but they do guide massive ships into Tampa Bay.

The 200,000 ton ships and cruises coming in haul gas, goods, and people in and out of Tampa Bay – $23 billion worth of goods, jobs and services every year. 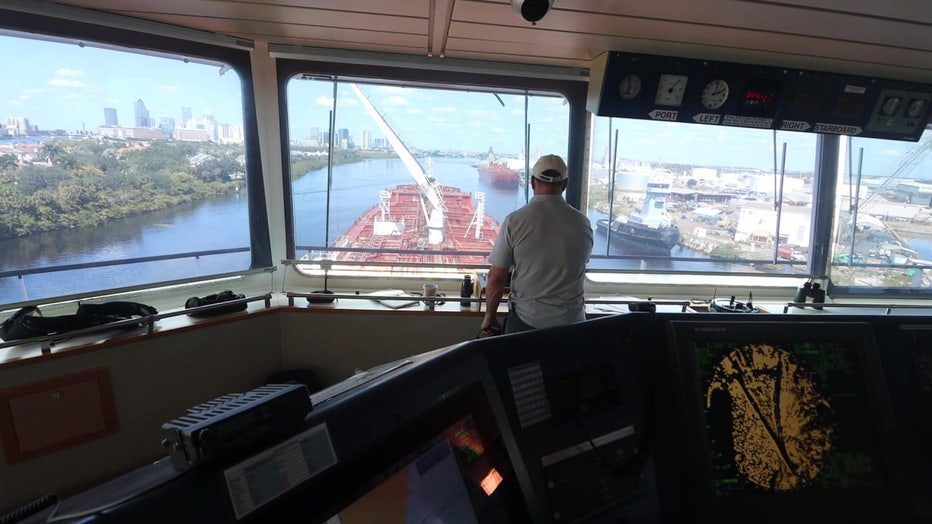 Their captains, though, aren't the ones steering them under the Skyway Bridge. One of Tampa Bay's harbor pilots can hop on, and while on the move, climb aboard to guide the ships in.

Harbor pilots spend years studying Tampa Bay's waters and need to be at every ship captain's side, calling out every command.

They not only have to be maritime experts, but athletes often climbing up 25-30-foot rope ladder. 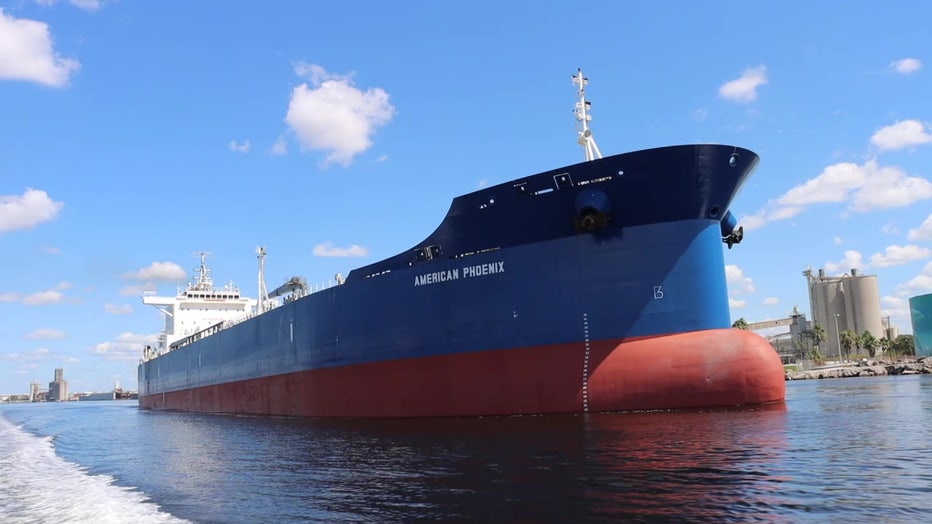 Tevin Freeman took a cruise when he was six and was hooked by the sea. He remembers his first climb vividly as well as the first time he steered his first vessel under the Skyway.

"It was nerve wracking for sure, yeah, cause you heard the stories, so you're a little nervous about it, but it was cool," Freeman said.

Kyle O'Connor, another harbor pilot, grew up on the water and on ships. His father is a harbor pilot in Jacksonville.

"To finally take over the conn of the ship and pilot it myself was a dream come true," O'Connor said. 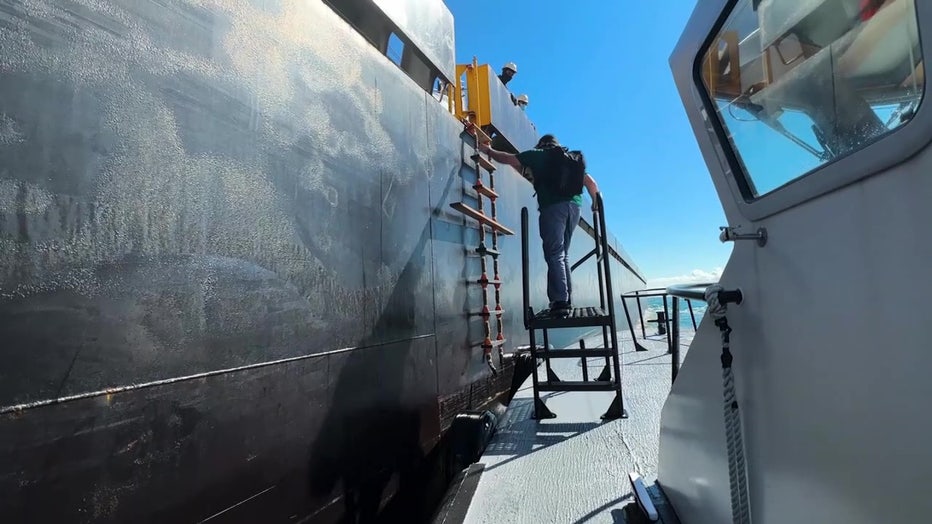 Harbor pilots can make it look easy, but a split second slip or loss of grip on a transfer can be deadly. It's also the most dangerous time of year, because winter fronts bring treacherous conditions.

Terry Fluke, the executive director of the Tampa Bay Pilots Association, said Tampa Bay is the toughest of all the ports in Florida to navigate. Tampa Bay waters are extremely shallow and average depths of only 11 feet.

The channels that lead into Port Manatee, St. Petersburg and the Port of Tampa are also well-marked, but extremely narrow. Ships must pass through each channel in the Bay within feet of each other day and night with no room for error.

Below the surface also lies another problem – ships have more drafts (the amount of ship below the surface) than smaller boats. Big ships can have drafts up to 25 to 30' which means with 40' deep channel, there are times some ships have just three feet of clearance to the bottom of the Bay. 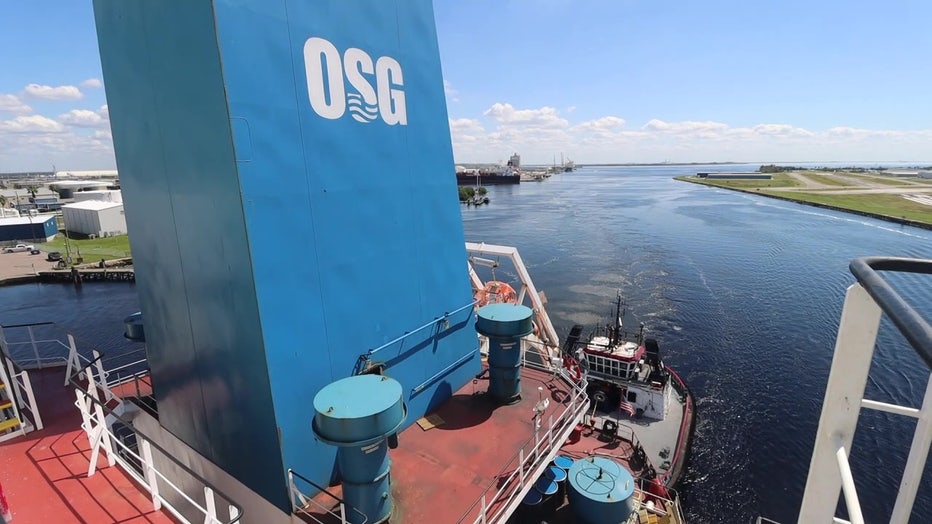 "And our pilots watch tides, we do movements based on tides, if there's not enough water to maintain that clearance, then it's a no-go situation," Fluke said.

Harbor pilots earn six figures after 10 years of school, study and training, and these jobs are rare, because once placed, they often stay until they retire. There are 1,200 harbor pilots in the country and 18 in Tampa Bay.