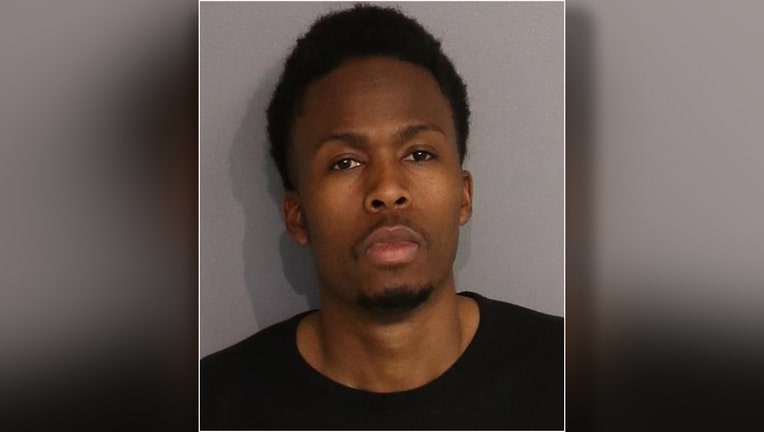 HAINES CITY, Fla. - Wayne McKenzie Ricks II, 29, a teacher at Haines City High School, was arrested on 10 counts of custodial sexual battery on a victim between the ages of 12 and 18 after police say he was dating and having sex with a student.

According to the Haines City Police Department, Ricks would have the victim come to his classroom while he was alone and the two would have intercourse in a closet. Another student and friend of the victim who was in the classroom at the time recalled observing the two walk into the closet to have sex on about 10 occasions, police said. The victim told detectives that sexual contact also took place inside of Ricks' vehicle.

According to HCPD, Ricks would text the victim during school hours to come to his classroom and authorized passes for the victim to leave class. In addition to texts, Ricks had contact with the victim via social media and provided more than 20 handwritten notes detailing their relationship, according to HCPD. Police say they were signed by Ricks under an alias.

Ricks and the victim also spent time together off-campus dating back to at least October, according to police. Detectives say they got video of what appeared to be Ricks and the victim kissing inside the classroom and video that showed the two together at Universal Studios during Halloween Horror Nights in October. Witnesses said they saw the two together at a youth basketball game in Sebring earlier this month.

More than 80 phone calls were made between the two in less than a one-month span from December to January, according to detectives. Of those calls, more than 30 were made outside of school hours, including calls that ended after midnight.

Detectives say Ricks also provided the victim with gifts such as shoes, clothes and exercise equipment. The investigation was prompted after a family member of the victim became aware of the relationship and reported it.

Ricks was employed as an ESE teacher and junior varsity boys' basketball coach at Haines City High School. He was hired on Aug. 31, 2020, and resigned on Jan. 23, 2021. There was no previous disciplinary action in his personnel file.

Ricks was arrested at a family member’s home on Tuesday night in Osceola County.

Police say Ricks' electronic devices will be forensically examined as part of the ongoing investigation.

"This case of grooming serves as a reminder for parents to remain vigilant about who their children are around," Haines City Police Department Chief Jim Elensky said. "We appreciate the hard work of our detectives and the cooperation we received from Haines City High School, Polk County Schools and the Osceola County Sheriff's Office throughout the investigation. We will work diligently to make sure this predator is held responsible. If there are any additional victims or if anyone has any further information, we encourage them to contact 863-421-3636, ext. 2239."